Robert Arthur Lee was born in Terang, Victoria in 1948. His parents were Arthur and Alma Lee, who placed great value on education, and fostered a love of learning in their children. He was educated at Catholic primary schools in Castlemaine and Bendigo and received his secondary education at Marist Brothers College, Bendigo. Early influences were his elder brother Terry who was responsible for his younger brother taking an early interest in science.

In 1977 he returned to CSIRO Division of Applied Organic Chemistry and the CNRD Project and over the period 1977-79 developed the mathematical theory of generalized diffraction gratings which formed the basis of subsequent optical security microstructure developments, including CATPIX and PIXELGRAM.

In 1979 he transferred to the CSIRO Division of Chemical Physics where, from 1979-1987, he was a Senior Research Scientist. He published several papers on Quantum Mechanics as a multidimensional Ermakov theory, fibre optics, channelling of particles in crystals and diffraction catastrophes. During this period he filed patents on the CATPIX 1 optical security and anti-counterfeiting system and published 6 papers on the theory and application of generalized curvilinear diffraction gratings.

He was promoted to Principal Research Scientist in 1988 for development of the Catpix OVD technology that was used on the 1988 ten dollar polymer banknote ‘ the first application of an OVD on a banknote.

From 1988-93, at the CSIRO Division of Materials Science & Technology (CMST, formed by the merger of the Division of Chemical Physics and the Division of Materials Science), he filed the patent on the PIXELGRAM optical security system and reduced the invention to practice via research alliances with Leica Microsystems of the UK, Leonhard Kurz security foil company of Germany and API of the UK. He also invented the palette based microstructure origination technique during this period and published various papers on optical security microstructures.

From 1994-97 he was Program Manager of the electron beam lithography program within CMST and was responsible for research and commercialisation activities in relation to CSIRO’s EXELGRAM optical security technology. He published papers on optical security microstructures and was invited speaker at several Interpol and Intergraf conferences on document security issues. Via international license agreements various contracts were secured for Exelgram, including American Express traveler’s cheques, Hungarian banknotes, Vietnamese bank cheques, Australia post stamps, etc.

He was promoted to Chief Research Scientist in 1997 for new OVD commercial and technical achievements. From 1997-2002 he served as Research and Development Manager of the Photonics and Micromanufacturing Program with responsibility for the scientific, commercial and human resource management of five project areas (42 staff) within the CMST. During this time he also filed patents on direct print OVD technology (OVID), interstitial microstructures and greytone anti-counterfeiting images. His outstanding contributions were recognized when Exelgram was selected by the Australian Academy of Technological Sciences as one of Australia’s 100 greatest inventions of the 20th century. Further contracts were secured for Exelgram, including American Express Euro cheques, Canadian cheques, Estonian and New Zealand banknotes, Ukrainian visas, security seals for King and Royal Cabinet of Saudia Arabia and RAM Commemorative coins.

In 2002 he was promoted again – to Chief Research Scientist (CSOF8M) and from 2002-2006 finalised research agreements with UK’s Rutherford Appleton Laboratories; filed patents on Biometric OVD technology; designed the OVD security feature for new Maritime Security Identity Card for Maritime Security Branch of DOTARS. He was a Member of two working groups of the Commonwealth Reference Group on Identity Security and a member of the Smartcard Reference Group for the new DHS access card. He developed the high security OVD optical effects specifications to be used in all future proof of identity documents (POID) to be issued in Australia under the Government’s soon to be introduced new identity security regime for all Australian citizens. During this time he also published various papers and a book chapter on optical security microstructures and filed two new patent applications on biometric OVD technology. Following closure of the OVD project, he retired from CSIRO in November 2006.

From 2008-2013 he served as an Optically Variable Device (OVD) specialist (part time) in the R&D Group of Securency International and filed 10 further patents on new types of OVD technologies during this period – as well as serving as project manager for the development of a new electron beam lithography based OVD origination system.

Previous post:
Game on: the future of sport
Coming up next:
Building a bigger picture of the Bight 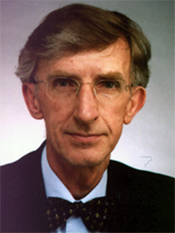