Dr Megan Clark was appointed to the Board of Rio Tinto and stepped down as Chief Executive of CSIRO 20 November 2014. 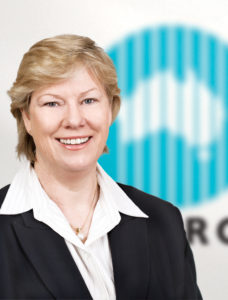 Dr Clark is a geologist with a BSc (Hons) in Geology and PhD in Economic Geology from Queen’s University Canada and began her career as a mine and exploration geologist.

Prior to joining BHP Billiton Dr Clark led a small high-tech venture capital fund with NM Rothschild and Sons Australia and worked in a corporate venture fund with Advent International in Boston.

Dr Clark was made a Companion of the Order of Australia, AC in the Queen’s birthday honours this year for eminent service to scientific research and development through fostering innovation to science administration through strategic leadership roles and to the development of public policy for technological sciences.