Tony Miller is the mathematician who developed algorithms and software for the optimal design of spectacle lenses. These include the TOROPT design package for atoric and aspheric single vision lenses and the IRIS and GOPT packages for progressive lenses. 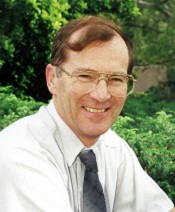