He joined CSIRO in 1987 as a Research Scientist in the Division of Mineralogy, carrying out research with Ray Smith and Charles Butt into methods of exploring for concealed mineral deposits in Australia’s deeply weathered terrains.

Ravi (with Ian Robertson), was Applications Coordinator of the CRC for Landscape Evolution and Mineral exploration (1995-2001) and Program leader of Program 2 in the CRC for Landscape Environments and Mineral Exploration (2001-2008). He became an Adjunct Professor in regolith geology in 2001 at Curtin University of Technology and Chief Research Scientist in CSIRO in 2006.

For over 35 years Ravi has worked tirelessly on the technical challenges of exploration in regolith terrains in Australia. He is an internationally renowned expert in the fields of weathering, regolith geology and geochemical exploration who has had an extraordinary impact for the industry. He has led many successful multi-clients Australian Mineral Industries Research Association Limited (AMIRA) projects, and  large one to one projects with industry and Geological Surveys, focusing on gold, base metals and nickel exploration in the regolith-dominated terrains of Australia. He contributed to, and led, the teams which worked to understand regolith processes and landscape evolution, and sought to describe systematically what it was that they saw, placing those regolith materials into a consistent, process-related framework. He set up the procedures whereby exploration teams firstly learned the significance of the regolith materials, then learned how to recognise and record these in the field, and finally to understand the geochemical significance of these materials. Ravi’s greatest contribution to the field is his characterisation of the minerals in the iron-rich (ferruginous) material of the laterite, the top geological layer of red, porous, iron-rich material. Together with his colleagues in CSIRO, he has modelled how this material forms, demonstrated relationships to past climatic conditions and developed optimal sampling methods for use during mineral exploration. This has contributed to the discoveries of a series of gold deposits in Australia, including Bronzewing, Jundee and Nimary, valued alone at over $2B. The approaches developed are part of an explorer’s “tool kit” and are also used by industry in Africa and South America, an important contribution to the export economy of Australia

Ravi’s and his team most recent discovery is that native trees take up gold and other metals from far below and deposit them in their leaves and branches. Similarly, termites bring up small iron particles containing gold from buried deposits and stockpile them in their mounds. These findings provide an unprecedented opportunity for mineral exploration, as the leaves and termite mounds indicate deposits concealed by metres of regolith. Vegetation and termite mound sampling, cheaper than drilling, are now widely used and estimated to provide significant cost savings. Dr Anand and his team are now extending their work to the role of fungi in moving gold, and developing tools such as microbial DNA and passive gas sensors for potential detection devices.

He has successfully included a very active PhD and Honours student program in his research, involving students from Curtin University, University of Western Australia, University of Tasmania and the Australian National University. In his view this was a special role for a CSIRO scientist to take on and a valuable initiative to enhance technology transfer.

With his colleagues, he broadened the way exploration companies understand and use the regolith in mineral exploration in Australia and in similar environments around the world, such as South America and Africa. He also conducted undergraduate, postgraduate and professional development courses in Australia, Africa, South America and Europe. Over 3000 industry geologists have experienced his teaching and mentorship to improve their understanding through regolith and geochemistry courses, workshops, field excursions and seminars.

Ravi has over 100 fully refereed research papers. Two landmark papers (Anand and Paine, 2002; Anand and Butt, 2010) on the regolith and geochemistry of the Yilgarn Craton were published as monograph special issues of the Australian Journal of Earth Sciences, a key journal for the industry. He has H-index = 26; 2440 citations (Google Scholar).

Ravi has been recognised with a number of awards, including:

Find out more
Previous post:
New Director for Minerals Down Under Flagship
Coming up next:
The oil-free vacuum pump for sophisticated instruments and industries 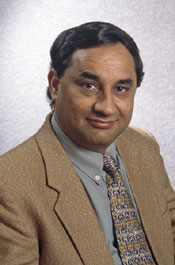