Charles Butt is one of Australia’s leading exploration geochemists and regolith geoscientists. He has spent his working career with CSIRO, pioneering an understanding of the properties and formation of the deep regolith as a basis for the development of appropriate and effective geochemical exploration techniques, both in Australia and similar terrains elsewhere. He was Chief Scientist for Exploration and Mining from 2004 to 2007 and became a CSIRO Fellow in 2007.

Dr Charles Butt was brought up on a farm in southern England and, by the age of 13, had developed an interest in geology and soil formation. He read geology and chemistry at Keele University and then, after encountering papers on exploration and environmental geochemistry by Professor John Webb, undertook a PhD in Applied Geochemistry with Webb’s group at Imperial College, University of London.

He joined the CSIRO Division of Mineralogy in 1971, to commence exploration geochemistry research in Western Australia, based at Floreat Park. This was at the end of the ‘Nickel Boom’, a period of frenetic exploration activity, much of it not very scientific, but which had a fundamental impact on the mineral industry in Australia, and brought to the fore the difficulties (and opportunities) that the deep regolith imposed on geochemical and geophysical exploration. Over the next 15 years, Charles investigated some specific features of the regolith, the regolith expression of several styles of ore deposits, and the potential for using gases as exploration pathfinders.

In the mid-1980s, gold became the focus of attention and the importance of its low temperature geochemistry revitalized CSIRO’s then flagging interest in mineral exploration. Charles led three highly successful projects, coordinated through AMIRA, focusing on gold exploration in regolith-dominated terrain, with a fourth on platinum group elements.

The success of these projects, and others led by Ray Smith and Ravi Anand, led to a demand to extend this research across Australia, resulting in the establishment in 1995 of the Cooperative Research Centre for Landscape Evolution and Mineral Exploration, with Ray Smith as Director and Charles as Deputy Director and program leader. This, and its successor, the CRC for Landscape Environments and Mineral Exploration, continued until 2008. His current research is concentrating on the geological implications of the composition and crystallography of gold.

Charles Butt has also been active in the dissemination of geochemical information. He was convenor of the 8th International Geochemical Exploration Symposium in 1976, the first time it had been held in Australia, contributed to subsequent Symposia in 1995 and 2005 and, with Ray Smith, led field trips in 1976 and 1995. From 1977 to 2000, he was Associate Editor for Australia for the Journal of Geochemical Exploration, with full editorial control. Since 2001, he has been Associate Editor for Geochemistry: Exploration, Environment, Analysis. He coordinated and co-edited four special issues of these journals, and two books, as well as publishing widely in the scientific literature. He has also conducted undergraduate, postgraduate and professional development courses in Australia, the Americas, Africa and Europe.

Dr Butt has been recognised with a number of awards, including:

In 2003-04, CRC LEME and CSIRO Exploration and Mining named a Medal after Ray Smith and Charles Butt to recognise achievement in regolith science. The Butt-Smith Medal has been awarded in 2004, 2006 and 2008. 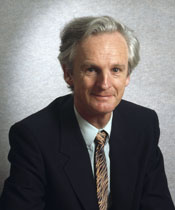