In 2007 and 2008, the Murray-Darling Basin Sustainable Yields team led by Tom Hatton and Bill Young undertook an assessment of the likely impacts of climate change on the surface water and groundwater resources of the Murray-Darling Basin. This region covers one million square kilometres and supplies at least 40 per cent of the national’s agricultural production. This study was a world first in terms of the scale of the assessment.

The project, funded by the National Water Commission, reported on water availability and water use under historical and likely future climates together with a consideration of possible changes in farm dams and forestry. It brought together nearly 200 people from more than 15 organizations, and involved assembling a complex computer-based model of the Basin’s water resources. This was achieved, through linking 40 existing and new models of surface and groundwater supplies and extractions across the Basin’s 18 individual regions.

The Murray-Darling Basin Sustainable Yields Project delivered the most comprehensive and complex whole-of-basin water assessment ever undertaken in Australia.

The project is the largest research contract in CSIRO’s 80-year history. At the Murray-Darling Basin Water summit, convened by the Prime Minister on November 7, 2006, it was agreed to: ‘Commission the CSIRO to report progressively by the end of 2007 on sustainable yields of surface and groundwater systems within the Murray-Darling Basin, including an examination of assumptions about sustainable yields in light of changes in climate and other issues’.

As a result, the CSIRO was contracted by the National Water Commission to report on current and future water availability in the Basin. Reports from the Basin’s 18 regions were progressively released by the Federal Government throughout 2007 and 2008. The work provides access to knowledge that is fundamental to the sustainable management of one of Australia’s most important regions, the Murray-Darling Basin.

The project found that water resource development has caused major changes to the Murray-Darling Basin. It has changed the flooding regimes that support nationally and internationally important floodplain wetland systems in the Basin; reduced the total water flow at the Murray Mouth by 61 per cent; and caused the river to cease flowing through the mouth of the Murray for 40 per cent of the time, compared to one per cent of the time at a time before water resource development.

The project’s ‘Water Availability in the Murray-Darling Basin’ report released in November 2008 found that the impacts of climate change by 2030 are uncertain. However, surface water availability across the entire Basin is more likely to decline than to increase.

It found that in the Basin’s south we are more likely to see a decline. In the north we are more likely to experience significant increases in surface water availability. For the entire Basin, the median decline, which is the middle figure in the range of possibilities, is 11 per cent. This is nine per cent in the north and 13 per cent in the south. 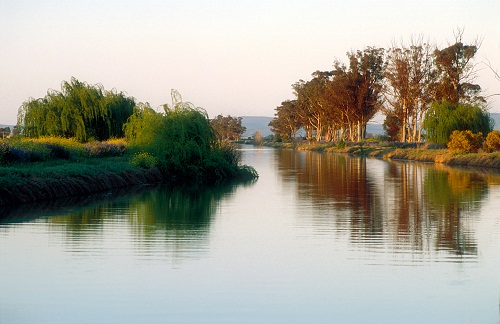 If current water sharing arrangements were in place, this would further reduce the water flow at the Murray Mouth by 24 per cent, so, most of the impact of climate change would be borne by the environment rather than consumptive water users.

In dry years, the relative impact of climate change on surface water use would be much greater. Under the median climate in the year 2030, water diversions would fall by more than 10 per cent in the driest years in most New South Wales regions.

In the Murrumbidgee and Murray regions the median fall in water diversions would be around 20 per cent. In the Victorian regions the drop may range from around 35 to over 50 per cent. Under the dry extreme 2030 climate, diversions in the driest years would fall by 80 to 90 per cent in the major Victorian regions. In most New South Wales regions, this fall would be around 40 to 50 per cent, while in the Condamine-Balonne, the drop would be over 20 per cent.

Groundwater use across the Murray-Darling Basin is presently around 16 per cent. Under current water sharing arrangements this could increase to over one-quarter of the total water use by 2030. Current groundwater use is unsustainable in seven of the 20 areas in the Basin which experience high groundwater use. Without proper management, this will lead to major drawdowns in groundwater levels. 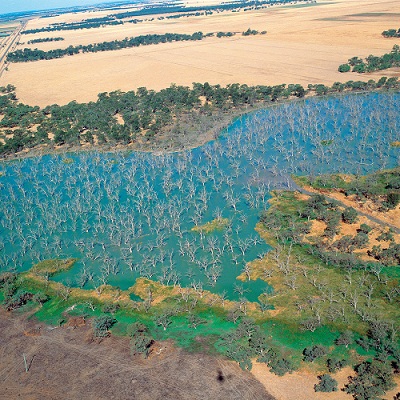 Reports on each of the 18 regions which encompass the Basin provide critical information on current and likely future water availability. This information will help governments, industry and communities consider the environmental, social and economic aspects of the sustainable use and management of the Basin’s precious water assets. The results should also prove valuable in future assessments which may contribute to the development of the Basin Plan.

The integrated modelling capability developed through this project will allow additional investigations which can assist future water management issues. 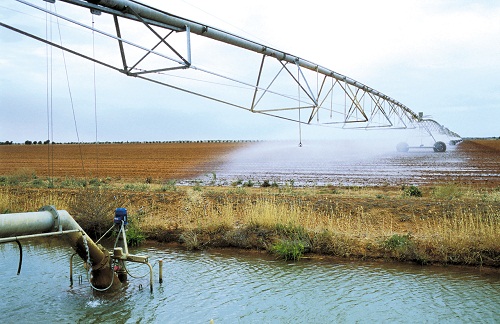 This was the first attempt in the Basin to dynamically link groundwater balances with surface water availability, calculating flows through and between the system’s rivers, and groundwater’surface water interactions under current water-sharing arrangements, before estimating the water available under each scenario.

The development of an integrated hydrological model of the entire Basin means water management agencies can now assess the potential consequences of their management policies and decisions under dry, moderate or wet future climatic scenarios, at the level of each catchment, or across the entire Basin.

Modelling results were compared against surface water accounts for about 150 river reaches across the Basin which integrated all available data on streamflow and water use as well as estimates of evapotranspiration derived from satellite imagery.

The project created more than 20 terabytes of data alone which would take more than 25 000 CD-ROMs to store. Total size of the archive is 60 terabytes. All data is generated from models via computer. Data originates from State Departments and the Murray-Darling Basin Commission. 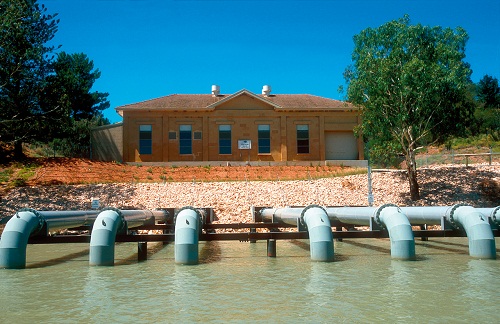 In addition to the successfully scientific outcomes, through this work CSIRO has set a new benchmark for collaboration which operates across borders, disciplines and various stakeholders. More than 200 technical staff from over a dozen organisations have been involved in the project, which has involved internal and external review processes in order to deliver robust assessments of water availability across the Basin.

CSIRO has drawn on the scientific leadership and technical expertise of national and state government agencies in Queensland, New South Wales, Victoria, the Australian Capital Territory and South Australia, as well as the Murray-Darling Basin Commission and Australia’s leading industry consultants. 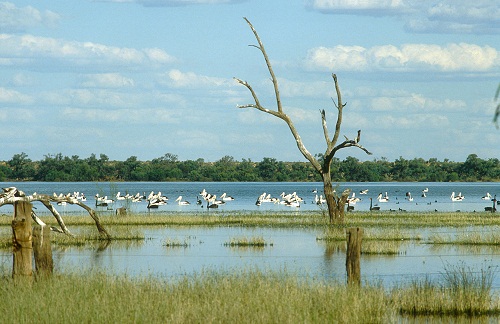 In further recognition of this outstanding research, Dr Tom Hatton was awarded a Public Service Medal in the 2009 Australia Day Honours List.

The capability developed through this work provides a valuable foundation for additional investigations in coming years of a range of water management scenarios. These include:

The results should assist future assessments which may contribute to the development of the Basin Plan, including taking account of economic uses, conservation and sustainability of water use, and social, cultural and public benefit issues.

In March 2008, the Council of Australian Governments expanded this assessment to provide a comprehensive scientific assessment of water yield in all major water systems across the country to allow a consistent analytical framework for water policy decisions across the nation. Regions currently being studied as a part of this expansion are Northern Australia, South-West Western Australia and Tasmania.