Anthony John Priestley was born in Nambour, Queensland in 1946.

He studied chemical engineering at the University of Queensland obtaining a Bachelor of Engineering degree with Honours in 1968. He then took up a PhD scholarship at Monash University where he studied the application of mathematical models to the design and scale-up of catalytic tubular reactors in which highly exothermic chemical reactions are taking place. This work involved the design, construction and operation of tubular reactors of differing diameter and a comparison of the predictions of a variety of mathematical models with actual reactor performance. He was awarded a PhD for this work in 1973.

After submitting the first draft of his PhD, Tony joined Kodak Australasia Pty Ltd in October 1971, where he worked on the quality control of the manufacture and processing of Kodachrome film.

In August 1974, he joined CSIRO providing chemical engineering input to a team working on the development and application of magnetic ion exchange resins to water and wastewater treatment. In early 1977, this work evolved into the invention, development and commercialisation of a new water clarification process based on the use of fine particles of magnetite. This process, called SIROFLOC, achieved commercial success with large-scale treatment plants being installed in Australia, England, Ireland, New Zealand and Taiwan.

In the latter half of his career, his interest was drawn to evaluating the sustainability of urban water systems. In 1997, Tony was successful in initiating a CSIRO wide program of research on sustainable urban water systems which continues to this day. In 1995, he also initiated a successful bid for a Cooperative Research Centre (CRC) related to urban water issues. The CRC for Water Quality & Treatment grew from an initial base of 17 members to an Australia wide membership of 30 full members and 20 associates, covering all aspects of urban water. Tony acted as Deputy CEO of this organisation from its inception in 1995 to its cessation in 2008. The success of the CRC can be gauged from the fact that the Australian water industry now fully funds a successor to the CRC, namely Water Quality Research Australia.

He retired from CSIRO in 2010, but has returned as an Honorary Fellow to further pursue these research interests. His interests are now focused on resource recovery from wastewaters and understanding the many linkages involved in water/energy interactions – a key to achieving true sustainability in the urban water sector.

He is a member of the Australian Water Association, serves on the Advisory Board of the National Centre for Sustainability at Swinburne University and holds an Adjunct Professorship at RMIT (since 2003).

He is the author of over 30 journal articles and 30 conference papers, as well as 5 patents. He has also edited one book on water treatment technologies and been co-author and presenter of a number of high profile reports, including three specifically written for presentation to the Prime Minister’s Science, Engineering and Innovation Council. 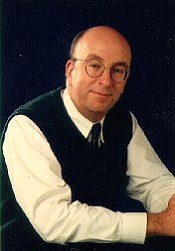