For the first time, the body of Australia’s most famous racehorse Phar Lap will be brought together virtually using CSIRO’s Museum Robot at the National Museum of Australia.

For many years Australia’s most famous horse has been in pieces. Phar Lap’s heart — currently preserved in a jar of formaldehyde – is at the National Museum of Australia (NMA) in Canberra, his hide is in the Melbourne Museum, and his skeleton is at the Museum of New Zealand Te Papa Tongarewa.

Today, students from three schools in Willunga, South Australia, Mornington Peninsula, Victoria and Townsville, Queensland will have the chance to see the legendary horse’s heart and hide and skeleton at the same time, while speaking to museum experts about the three exhibits. And they won’t even have to leave the classroom.

The students will be led by an expert guide from the NMA, through CSIRO’s museum robot.  Logging in through their classroom smart board or local library computers, students will control their own unique view using the 360 degree panoramic camera on the robot’s head and can click on items in the exhibit to bring up images and more information.

“The feedback from teachers and students has been overwhelmingly positive. To date we’ve done 70 virtual tours for nearly 1000 participants at schools and libraries across Australia and we plan to reach many more.”

“While the classroom sweep can be a bit of fun on Melbourne Cup day, we are giving students a much richer cultural and educational experience that they’ll hopefully remember for a long time,” said Robert Bunzli, manager of the museum robot program at the National Museum.

“The students absolutely love hearing about animals and the part they have played in Australian history. Horses are a particular favourite of course, and most of them have heard of Phar Lap but don’t know anything about him.”

“The feedback from teachers and students has been overwhelmingly positive. To date we’ve done 70 virtual tours for nearly 1000 participants at schools and libraries across Australia and we plan to reach many more.”

Dr Jonathan Roberts, robotics expert at CSIRO said the successful trial of the museum robot has shown that the combination of immersive learning technology and fast broadband can deliver educational experiences at culturally significant sites to students no matter where they live in Australia.

“We are now looking to extend the application of our mobile telepresence system into other areas including remote training, retail, mining and manufacturing industries.  At the moment we are investigating how this system could be used to remotely deliver health services such as providing specialist services to regional and remote communities, conducting medical training or facilitating remote ward rounds.”

The black and white bodies of the two museum robots at the NMA are shaped like chess pieces and were named Kasparov and Chesster in a competition launched earlier this year.

This project is an Australian Government funded initiative.

Facts and figures about Phar Lap and CSIRO’s museum robot. 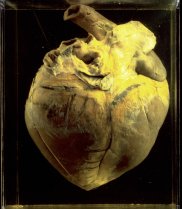 Phar Lap’s skeleton is currently on display at the Museum of New Zealand in Wellington. Phar Lap was foaled in NZ and had a New Zealand horse trainer Harry Telford. (Image: Te Papa Tongarewa 2013)

More images and video are available.