Dr Sefton Davidson Hamann was born in Christchurch, New Zealand on 8 January 1921; the youngest, by 18 and 20 years, of three children. He studied for a BSc in chemistry and physics at Canterbury College. This was interrupted by him volunteering for service in the Royal NZ Navy in August 1941. He served until February 1946. For about 18 months during the war he was seconded to the New Zealand Department of Scientific and Industrial Research (DSIR) to carry out research on microwave radar. During this secondment he spent short intervals at the (then) CSIR Radiophysics Laboratory in Sydney. He gained an MSc with First Class Honours from the University of New Zealand in 1947 and his PhD from Manchester University in 1949.

He must have enjoyed his experiences in Sydney because in 1948 he wrote to Dr Ian Wark, the Chief of the CSIR Division of Industrial Chemistry, asking if there were going to be positions available at the end of 1949. Wark got Dr Keith Sutherland to interview him in London and he was duly appointed to a position in Sydney commencing 5 January 1950. He was rapidly promoted within CSIRO and was invited to take the position of Chief of the Division of Physical Chemistry in 1960. The Divisions of Physical and Organic Chemistry merged to form the Division of Applied Chemistry in 1966, and he retained the position of Chief until 1974 when that Division was divided into the Divisions of Applied Organic Chemistry and Chemical Technology. He was the Chairman of the Applied Chemistry Laboratories until 1978 and retired from the Organisation in July 1983. He was a post-retirement Fellow of one sort or another until 1999. All his post PhD papers had a CSIRO address except the one published in 2004.

He was elected a Fellow of the RACI in 1964, awarded the RACI’s highest medal for science, the H G Smith Memorial Medal in 1969 and elected a Fellow of the Australian Academy of Science in 1966. An indication of his international standing was the invitation to present a paper on ‘Properties of Electrolyte Solutions at High Temperatures and Pressures’ at the 1979 Nobel Symposium.

A meeting was held on 9 April 1968 at the Reserve Bank of Australia’s Melbourne Office that would change the course of Sefton’s career as well as the careers of many other CSIRO scientists. The then Governor of the Bank, Dr H C ‘Nugget’ Coombs, called the meeting of his top note printing staff and seven of Australia’s top scientists to discuss ways of devising techniques to produce notes which would be difficult to counterfeit. The scientists invited to the meeting included Sefton Hamann. Of those present, only Sefton stayed with the project to its conclusion. Many ideas were discussed at this first meeting including:

• the use of plastics,
• the prospect of mechanising the counting of withdrawn notes, and
• the use of diffraction gratings or Moire patterns to indicate inaccuracies in printing to register.

Dr David Solomon was invited to the second meeting, which was held in Thredbo on 15-16 June 1968 and so commenced a long and exciting collaboration that resulted in the release of the $10 commemorative note in 1988 and the conversion of all our banknotes to a polymer substrate by the mid 1990s.

Sefton concentrated his work on diffraction gratings and moire patterns, not for the purpose mentioned at the first meeting, but as security devices in their own right. A ‘Captain Cook’ diffraction grating was incorporated in the 1988 banknote.

As the project developed it became clear that a technique for measuring the durability of the new notes was needed.

Of the many that were tried none was as reliable as having Sefton put the note in his pocket with his keys and coins as he made his way home from Fishermens Bend via the bus and pub.

Sefton Hamann was one of Australia’s great scientists and his published work will remain as a fine legacy.

He is survived by his son Conrad, daughter-in-law Christine and two grandchildren. 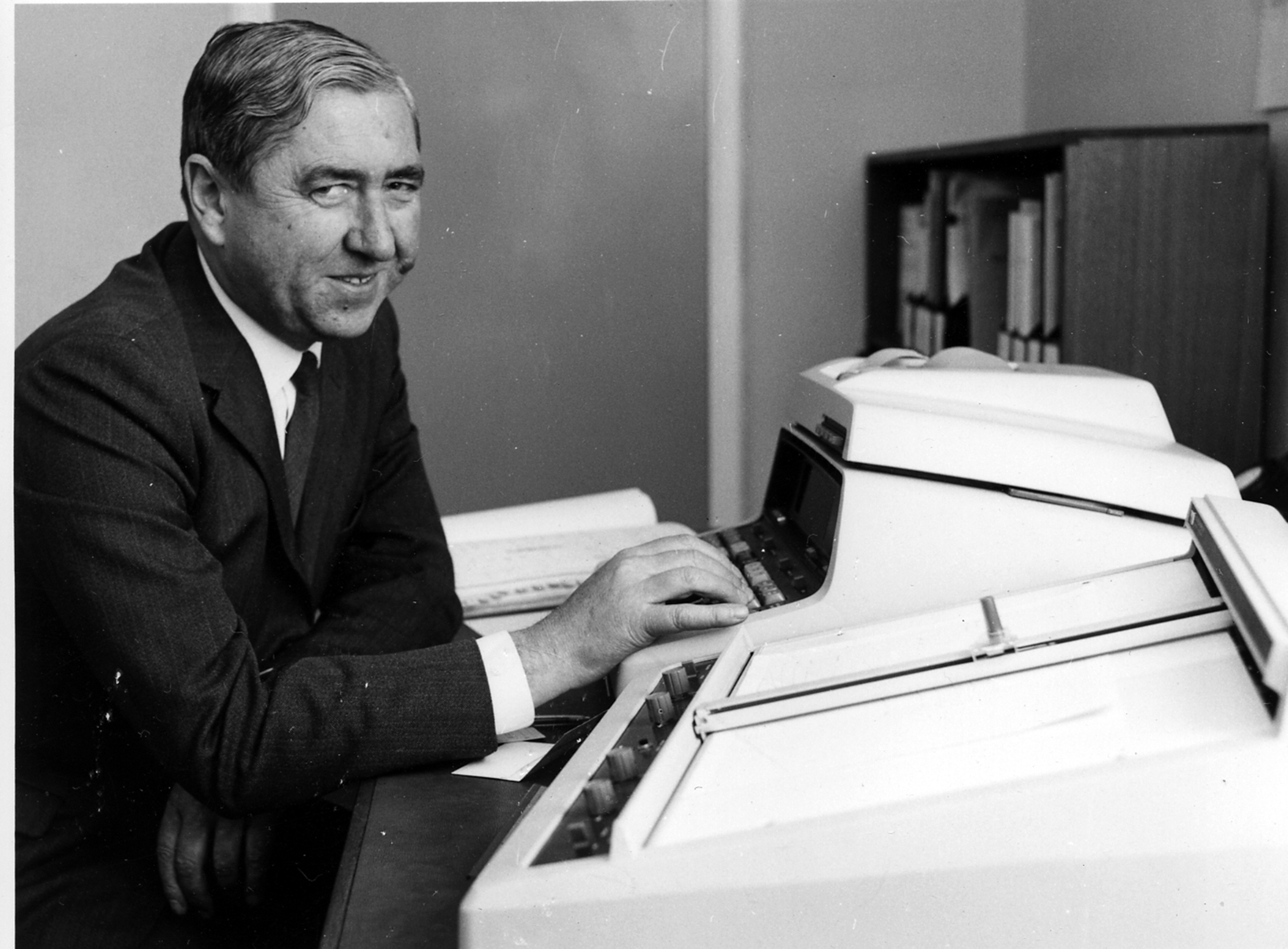