Patients recovering from heart attacks are far more likely to complete life-saving rehabilitation if they have access to a new smartphone app developed by CSIRO, research has shown.

A clinical trial found that cardiac patients who undertook rehabilitation in their own homes via the smartphone app were almost 30 per cent more likely to take part in their rehab program than those who had to travel to an outpatient clinic or centre.

The trial results, which showed that the Care Assessment Platform model was just as clinically effective as traditional rehab, were so successful that the next generation version of the platform will soon be offered in a number of Queensland hospitals including Ipswich, Metro North and West Moreton Hospital and Health Services.

By integrating rehab with a patient’s daily life, they are more likely to complete the program and make their new healthy lifestyle permanent”

According to Dr Mohan Karunanithi from CSIRO’s Digital Productivity Flagship, studies have clearly shown that patients who successfully complete cardiac rehabilitation following a heart attack have much better health outcomes.

They are less likely to have another cardiac event, be readmitted to hospital or die from their condition.

“These programs traditionally take the form of group-based exercise and educational activities and are designed to help patients return to an active, satisfying life,” Dr Karunanithi said.

Despite the benefits, uptake is generally poor due to factors such as time constraints, accessibility, lack of referral and patient motivation.

“The smartphone app offers another choice, overcoming one of the key barriers to patient participation and recovery. By integrating rehab with a patient’s daily life, they are more likely to complete the program and make their new healthy lifestyle permanent,” Dr Karunanithi said.

With cardiovascular disease killing one Australian nearly every 12 minutes, Rachelle Foreman, Health Director at the National Heart Foundation of Australia, is very optimistic about the potential for this new technology.

“While more people are surviving their heart attacks, survivors need to understand they are not ‘fixed’ but are living with a chronic condition that needs to be actively managed,” Ms Foreman said.

“Evidence shows cardiac rehabilitation programs play a huge part in helping people to recover from their heart attack, make lifestyle changes and adhere to medications to reduce their risk of another heart attack.

“Unfortunately, more than half of patients are not referred to cardiac rehabilitation programs, so the system first needs to let patients know about the importance of such programs and then provide them with flexible options that suit their individual lifestyle and learning style.

“Programs such as the Care Assessment Platform are great innovations that can improve access and outcomes in a cost effective way and be expanded for those in rural areas, and high risk groups including Aboriginal and Torres Strait Islander people.”

The next step for the research team is to adapt the platform for rehabilitation for other chronic conditions such as pulmonary disease and diabetes.

The clinical trial was conducted by CSIRO and Queensland Health through the Australian eHealth research Centre.

It took place at The Prince Charles, Redcliffe and Caboolture hospitals and has been published in the journal Heart and reported in Nature Reviews Cardiology.

The app contains multimedia that educates patients about disease symptoms and management. 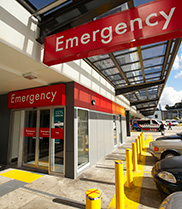 Patients who used the smartphone app were almost 30 per cent more likely to take part rehab.

Previous post:
A sexless union to bear great fruit
Coming up next:
Solving the mystery of Ned Kelly’s remains