He began his career at what is now Dulux Australia. There he developed a strong interest in polymers, the binder that holds paint together. During the course of his degrees (1946-59), he was employed as a Trainee Chemist by Balm Paints (later the name changed to Dulux Australia). He worked in all aspects of the paint industry from quality control and checking factory production through to factory planning and the development of new paint systems. For the period 1955-63, he was the leader of the Resin and Polymer Research Section of Dulux. In 1959-60, he was seconded to ICI Paints Division, Slough, UK to further develop patentable ideas which he had originated in Dulux, Australia.

This period also broadened his experience and exposure to the coatings industry, and he attended conferences in Canada and the UK as a representative of Dulux Paints. His book The Chemistry of Organic Film Formers was published in 1967 by John Wiley in New York, (reprinted in 1977) and is still used and available as a reference work.

His interest in research was so strong that he joined, in 1963, the CSIRO Division of Applied Mineralogy as a Senior Research Scientist, to further his studies in Polymer Chemistry. In the period up to 1970, he was promoted to Senior Principal Research Scientist. At this time he became interested in the interaction between mineral fillers and organic polymers. As a result of a lecture given to the American Clay Mineral Society in 1968, an arrangement was reached between the Georgia Kaolin Company in Elizabeth, New Jersey and CSIRO, for him to be seconded to work at Georgia Kaolin during 1968-69.

The inventions that arose from this period with the Georgia Kaolin Company were available free of charge to CSIRO for use in Australia. This period saw his interest in mineral/organic interactions develop considerably and resulted in 18 publications as well as two reference books ‘ The Chemistry of Pigments and Fillers, published by John Wiley, New York (1983) and The Catalytic Properties of Pigments, Technical Association of the Pulp and Paper Industry Inc., Atlanta, Georgia (1977).

In 1970, he transferred to the CSIRO Division of Applied Chemistry and was promoted to the grade of Chief Research Scientist. In this capacity he established the Polymer Research Group within the Division.

In 1974, CSIRO reorganised its chemistry divisions and he became the Foundation Chief of the Division of Applied Organic Chemistry (later the Division of Chemicals & Polymers), a position he held for 17 years. As Chief, he continued his polymer research. His main research achievements were in the field of free-radical polymerisation as it applies to the synthesis of polymers. He led the team that developed the use of plastic films and OVDs (Optically Variable Devices), leading to the release of the commemorative bicentennial $10 note in 1988. He also led the team that discovered nitroxide-mediated living radical polymerisation (NMP). The reviewer of his paper describing this wrote:

This polymer research resulted in the publication of the book Step Growth Polymerizations and the reference books on Free Radical Polymerization.

His industrial achievements are best exemplified by the Australian Bicentennial $10 Banknote, where he was a principal inventor as well as the project leader from the inception through to the technology transfer stage of the project. He also invented and transferred to production novel hydrogels (Manufactured by NuSep in Sydney).

In 1980-81, he spent a considerable amount of time on secondment to the Reserve Bank to assist in the transfer of the technology related to Australia’s plastic banknotes. In 1986-87, he served as Acting Director of the CSIRO Institute of Industrial Technologies with responsibilities for several CSIRO Divisions.

In 1990, he accepted an invitation to become the ICI Australia ‘ Masson Professor and Head of School of Chemistry at the University of Melbourne, a position he held until he ‘retired’ in 1995. Since that time he continued as a Professorial Fellow in the Department of Chemical and Biomolecular Engineering at the same university with interests in the use of polymers in minimising water evaporation and in suppressing talc in nickel ore flotation processes. 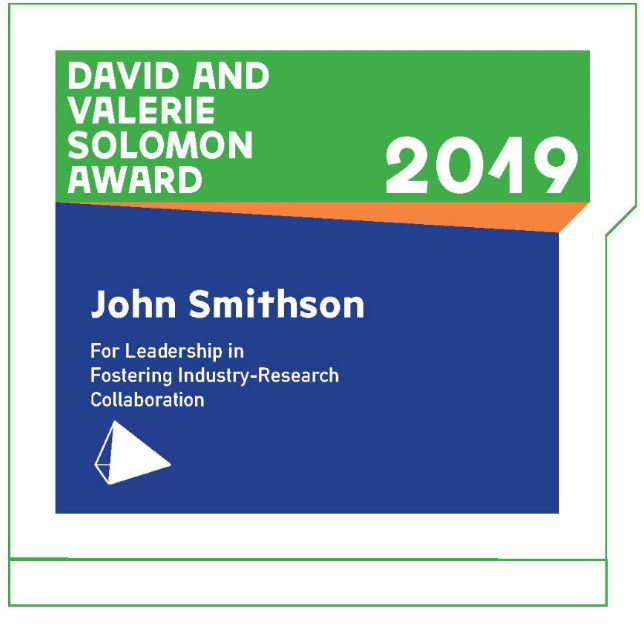 The award is an early-mid career award for a science or technology graduate working in academia/research or industry R&D who demonstrates substantial ability to foster research-industry collaboration and knowledge transfer for the benefit of Australia. The inaugural award will be presented in late 2019.

For his role in the discoveries and subsequent leadership of the team responsible for the production of the world’s first plastic banknote, Professor Solomon has received many awards, including:

Previous post:
Research supports a new approach to counting CO2 emissions
Coming up next:
Supercomputer cools off with groundwater 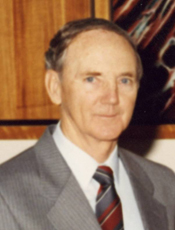