Ezio Rizzardo was born in Onigo, Province of Treviso, Italy on 26 December 1943.

At CSIRO he turned his attention to polymer science and has led research teams in the fields of Free Radical Polymerisation, Polymeric Biomaterials and Engineering Polymers, and was the inaugural Director of the Cooperative Research Centre for Polymer Blends. His principal research interests are in the development of methods for understanding and controlling polymerisation processes so as to produce polymers of better-defined structure and properties.

Research highlights from the teams he has led include radical trapping with nitroxides, nitroxide mediated polymerisation, chain transfer and ring opening polymerisation by addition-fragmentation, and the RAFT process.

From 1992 to 1994, he served as Inaugural/Interim Director of the Cooperative Research Centre for Polymer Blends and in 2000 was promoted to the position of CSIRO Fellow, the highest scientific position in the organisation.

In 2005, he was honoured by the Royal Australian Chemical Institute who named their Applied Research Award the Ezio Rizzardo Medal. Each year the Applied Research Award is named after a distinguished RACI senior applied research chemist, who most usually has been aN RACI medal winner. The name, which has to be approved by the Board, is chosen by the Adjudicating Panel of the Award.

He has received several honours and awards for his outstanding contributions to polymer chemistry the most outstanding being his election as a Fellow of the Royal Society in 2010.

Membership of Organisations and Committees 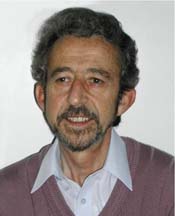