Kenneth James Whiteley was born on 28 January 1934 at Eumungerie, a railway siding north of Dubbo in New South Wales where his father was a teacher. His father Bill Whiteley had been badly gassed during World War I, ending his intention to pursue farming and take up a soldier/settler block. Bill managed to gain entry into a teacher training course in Sydney where he met his future wife Evelyn.

Completion of this course was a major achievement for Bill as he had had little formal schooling, working from an early age as a farm labourer, shed hand and train guard until he enlisted. Owing to his war injuries, a dry climate was recommended so Bill spent more than 40 years teaching in small country schools in the mid-western districts of NSW.

Ken attended primary school at Geurie and South Dubbo and gained his leaving certificate from Dubbo High School in 1950. As Ken recalled:

At the time a University education was not a prospect without financial assistance but there was a possibility of gaining a traineeship for a new course in Wool technology in the Faculty of Applied Science at the NSW University of Technology (later renamed the University of New South Wales).

This Ken did and graduated BSc with First-Class Honours and a University Medal in 1955. The four years of the Wool Tech course had sparked an interest in the mysteries of the remarkable viscoelastic properties of the wool fibre and in 1957 Ken followed the well-beaten pathway of other Australian and New Zealand wool scientists to study for his PhD under Professor JB Speakman at the University of Leeds, England. As Ken recalls of this time:

At Leeds it was a shock to discover that many of the ‘mysteries’ of wool quality were attributable to a complete lack of measurement of the most important fibre characteristics, such as fibre diameter, and that this deficiency had virtually brought significant commercial and technical development in the wool industry to a halt.

On his return to Australia he was appointed a teaching Fellow in the School of Wool Technology, NSW University of Technology from 1955 to 1957. He spent two years as a Research Fellow at the University of Leeds in 1957-59 before returning to UNSW as a Lecturer in Wool Science at the School of Wool Technology, rising to the positions of senior Lecturer and Associate Professor over the period 1959-80. Over the next two decades (1960s and 1970s) he built up a team, financed largely by the wool industry, to continue studies into the structure and composition of wool keratin but with increasing emphasis on the significance of fibre characteristics in processing and consumer demand. This work, together with that conducted at the Bureau of Agricultural Economics (BAE), the CSIRO Division of Textile Physics and the Australian Wool Testing Authority (AWTA), led to an eventual introduction of measurement of all major fibre characteristics of wool and brought major reforms in wool commerce and early stage processing. He recalled:

The efforts to introduce measurement provided a challenging and timely education for many scientists in communication, technology transfer and commercialisation. This involved moving out of their traditional comfort zones to interact with equally traditional and conservative industry to the considerable benefit of all parties.

In 1980, he joined the CSIRO Division of Textile Physics as a Senior Principal Research Scientist and was appointed Chief of Division of Textile Physics in 1984, succeeding Bob Haley. In 1987, in response to the McKinsey Review of CSIRO, CSIRO’s wool research activities were consolidated into a single division (Division of Wool Technology) located at the Geelong site of the former Division of Textile Industries. Ken was appointed Foundation Chief of Wool Technology, a position he held until August 1996 when he was succeeded by Bret Bateup. From 1996 to his retirement from CSIRO in 1998, Ken was sector coordinator for wool and textile research in CSIRO.

Ken Whiteley was a Director of the wool staple testing equipment maker Agritest Pty Ltd, Ryde, New South Wales from 2001-08 and a member of several industry, educational and research Committees including:

Ken was elected a Fellow of the Textile Institute (Manchester) and the Australian Institute of Agricultural Science and received the following honours and awards: 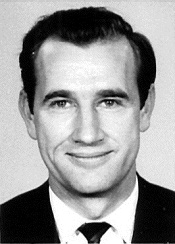