Paul Wood obtained his BSc in microbiology in 1976 from the University of Western Australia and his PhD from the John Curtin School of Medical Research, Australian National University in 1982.

He joined CSIRO Division of Animal Health in 1985 to work on the TB diagnosis project. In 1992, he established the Effective Vaccine Development program of which he was the Program Manager. The program consisted of four major projects located on two sites (Parkville and Armidale) with 32 staff including 10 research scientists, 15 research assistants, six PhD students and one administration support. The program had an annual budget of $1.95 million with $1.3 million of this from external grants from MRC, PRDC, DRDC, AWRAPO, CRC-VT and commercial vaccine companies.

He left CSIRO in 1997 to become Vice President/Director, Global Research and Development in CSL Animal Health, Parkville, Australia a position he held until 2004. He was CSL’s representative on the Board of the CRC for Vaccine Technology in which three of CSL’s Divisions were actively involved.

During the period 1993-2000 at CSIRO and then CSL, he was Deputy Director and Program Leader in the Cooperative Research Centre for Vaccine Technology. He stood down as Deputy Director in December 2000 and resigned from the Board and the Commercialisation Committee in January 2004.

He held the position of Associate Professor Department of Microbiology and Immunology, The University of Melbourne from 1994 to 2000 and was a scientific adviser to the Australian start-up company Cellestis from 2000 to 2004. Cellestis was formed to commercialise the technology developed and patented by Dr Wood during his time at CSIRO. Cellestis has the rights to all human applications of this platform diagnostic technology. CSL Animal Health retained the rights to all Veterinary applications and marketed this technology in over 25 countries.

In 2004, Paul Wood joined Pfizer Animal Health as Senior Director, A/NZ Biologicals R&D and became Executive Director, Global Discovery, Pfizer Animal Health, Kalamazoo, Michigan in 2008. In this role he leads the Global Discovery team for both pharmaceutical and biological products. This group has over 200 staff and a budget of over US$60 million.

He is a member of the following Professional Institutions:

He is internationally recognised for his research in veterinary immunology and tuberculosis with frequent invitations to speak at international scientific meetings and an extensive publications list. His publications include: 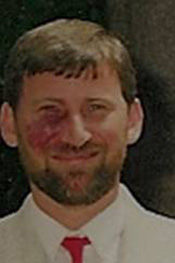