Val started his career as a Research Engineer at the University of Radio Electronics in Ukraine in 1970 working on analysis, synthesis and EM simulations of microwave devices with anisotropic medium. This work led to development of high-power ferrite circulators and isolators for radar applications.

From 1975 to 1992, Val continued his research in microwave and millimeter-wave technologies and techniques at the Institute for Radio Physics and Electronics of Ukrainian Academy of Sciences working as a leading engineer (1975-77) and the Head of the Microwave Engineering Branch (1979-92). He led a team of 25 engineers and researchers and a number of R&D projects that developed a variety of millimeter-wave (30-178 GHz) devices and sub-systems for radar, communication, and industrial equipment including the sub-millimetre wave (330 GHz) interferometer for experimental thermonuclear reactors. Val was nominated for the ‘best in the profession’ awards for the research and management staff of the National Academy of Sciences of Ukraine and received this award in 1988 and 1990.

In 1992, Val was invited to join the Scientific & Research Institute for Radio Electronic & Diagnostic Systems (Ukraine) where he worked as the Head of the High Frequency Branch, leading development of mm-wave radio links (1992-93).

From 1993 to 1994, he served as Director of Research of the SCAD Scientific & Industrial Group (Kharkov, Ukraine) with over 50 research and engineering staff, responsible for the development of microwave radar sensors and microwave medical equipment. Due to the nature of his employment and citizenship, his publications (for the period 1973-93) that are available in the public domain (6 patents and 19 papers in journals and conference proceedings) were in Russian.

Val moved to Australia in 1994 and was appointed Research Engineer at RF Devices Pty Ltd (1995-96) designing high-linearity wideband HF amplifiers and shortly after was invited to join a team at British Aerospace Australia Ltd developing the Over-The-Horizon Radar. Val worked as a Project Engineer and developed an RF sub-system for the Frequency Management System of the Jindalee Operational Radar Networks (1996-97).

Since joining CSIRO in 1997, he contributed to the success of several research projects applying his expertise in millimetre-wave systems and circuits, including:

In 2001, he made a major contribution to analysis of wireless technologies and applications, propagation issues and system architectures, operating frequency selection and formulating requirements for the RF front ends, antennas and integration technology suitable for a low-cost manufacturing. He prepared a report that summarised all the above findings and which has been used as a foundation and justification for the CSIRO Gigabit Wireless Research program successfully carried out in 2002-06.

Val led the Gigabit Wireless Research Projects in 2002-05. He has made a major contribution to development a high data rate (1 Gbps) W-band link that was the only example of such a system at this frequency reported worldwide (2003-04). Val initiated and led a team working on building a mm-wave system and propagation study test bed in Sydney (2003-05). He developed concepts of the Multi-Gigabit millimetre-wave wireless links and designed several key RF components such as wide-band RF front end modules, designed and tested wide-band W-band sub-harmonic mixer MMICs (2004-05), specified and developed RF filters that have been essential for implementation of the CSIRO’s innovative frequency-domain multi-channel wireless communication system concept.

Val has been a technical advocate and RF system architect of the world’s first Multi-Gigabit Wireless Link which was successfully demonstrated at Marsfield on 6-December 2006, and has played a major role in its development, integration, debugging and testing. This developed multi-gigabit mm-wave wireless technology has been internationally recognised as a world-class achievement.

Val is a member of Institute of Electrical and Electronics Engineers (IEEE) and has served as a member of the program committees for several international conferences: 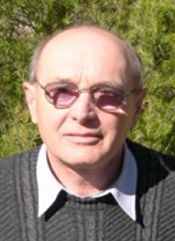