Dr John William Archer received B.Sc. in mathematics and physics, B.E (Hons 1) and PhD degrees in electrical engineering in 1971, 1973 and 1978 respectively from University of Sydney, Australia. His PhD research resulted in the world’s first 100 GHz variable-baseline, two-element coherent interferometer for radio astronomy, which was used to study the characteristics of solar radiation. From 1977 to 1984, Dr Archer worked at the National Radio Astronomy Observatory (NRAO) in the USA and gained international recognition for his work on millimetre-wave systems for radio astronomy; particularly component design and receiver construction.

He is currently a Post-retirement Research Fellow in Millimetre and Microwave Wave Technologies at CSIRO ICT Centre, Sydney, Australia. After joining CSIRO Division of Radiophysics in 1984, he led research programs developing capabilities in compound semiconductor (GaAs and InP) device technology, design, fabrication and testing, focusing on millimetre-wave MMICs. These MMICs have been applied to successfully implement various millimetre-wave (30-300 GHz) radio systems. By 2000, this work had positioned CSIRO as Australia’s major repository of knowledge and capability in advanced mm-wave MMIC technology. It laid the ground-work for the establishment of the MIMIX Broadband’s Australian MMIC Design Centre.

Dr Archer is a member of editorial boards of IEEE Transactions on MTT, IEEE Microwave and Wireless Components Letters, the Peer Review Panels of the Australian Research Grants Committee and the National Science Foundation (USA). He also served as a member of OrganiSing and Technical Committees of numerous international conferences. Dr Archer has published over 100 widely cited papers.

Dr Archer is a Fellow of the IEEE and of the Australian Academy of Technological Sciences and Engineering. His contributions to research and development in the millimetre-wave field are recognised by listings in the US-based Marquis Who’s Who publications, Who’s Who in the World and Who’s Who in Science and Engineering. 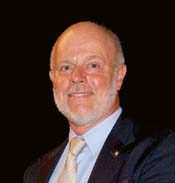