His secondary schooling was done at Blythe Bridge High School, UK where he achieved ‘A’ levels in Physics, Maths, and Chemistry. His interest in science was kindled by a Mr Bird whom Howard described as a great physics teacher

He did his BSc Hons in electrical engineering at the University of Nottingham, UK from 1981 to 1984 – his final year thesis title being ‘A low cost position sensor for Switched Reluctance motors’.

From 1984 to 1988, he worked as an engineer at Switched Reluctance Drives Ltd, Harrogate, UK. This was soon after the company was founded in 1980 from fundamental research work carried out at the Universities of Leeds and Nottingham. As Howard recalled:

When I started at SRD I was employee number 6. I was approached by Rex Davis, one of the Directors and my University supervisor to work at SRD. Working at SRD got me into electrical machines, control, and power electronics.

Switched Reluctance Drives Ltd is now a Division of Emerson Electric Co St Louis, Missouri, USA and is a leading engineering and technology provider in the field of advanced electrical machines and drives systems.

From 1988 to 1991, he worked as a Research Officer at the University of Leeds, UK and at the same time studied for his PhD in electrical engineering. His PhD supervisor was Mike Stephenson and his Thesis was titled ‘High-Performance Switched Reluctance Motors’. Howard is currently undertaking a second PhD in computer science at Macquarie University, Sydney, NSW, Australia. This part-time research commenced in 2003 and is expected to be completed in 2012. His thesis is tentatively titled ‘A Pattern Enforcing Compiler (PEC) for Java’.

He was technical lead for the CSIRO Hybrid Vehicle Project, which resulted in the ECOmmodore and aXcess LEV vehicles.

He is also one of the designers of the CSIRO/UTS Solar Car race motor that is used by most of the top solar race teams throughout the world.

In 2009, he was stream leader for Scientific Devices, in the Advanced Engineering Component Theme of CSIRO Materials Science and Engineering. The scientific devices research program consists of projects in the areas of optical devices, superconductivity, radar, and ultrasonics – all based at Lindfield in Sydney, Australia.

He is Project Leader for a down oil well robot project and a seismic project for the Wealth from Oceans Flagship, and a team member of a project on the application of thermoelectric devices to energy recovery for the Light Metals Flagship.

For his work on the CSIRO Hybrid Vehicle Project he won the Chairman’s Medal in 2000 (which is CSIRO’s highest award). 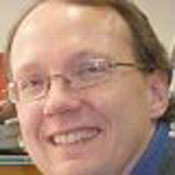