Bill Young completed a Bachelor of Engineering with First-Class Honours, Agricultural, from the University of Canterbury, New Zealand and Doctor of Philosophy in Natural Resources Engineering from the same university.

Dr Young is involved in:

He initially trained as an engineering hydrologist and undertook postgraduate studies in fluvial geomorphology. He has extensive professional experience in river and catchment research, modelling and management.

Dr Young’s expertise has been called upon for a number of government and environment groups, including:

Bill Young was the project manager of The Murray-Darling Basin Sustainable Yields Project (MDBSY Project) for the Water for a Healthy Country Flagship that was awarded the 2008 CSIRO Chairman’s Medal. The team undertook the world’s first water resource assessment of its scale for the groundwater and surface waters of the Murray-Darling Basin, reporting on current and future climate scenarios and possible land management changes.

In 2008, Bill was also one of eleven winners of CSIRO’s inaugural Newton Turner Awards. These new awards are designed to further the scientific careers of exceptional senior scientists at CSIRO. In addition to Bill’s outstanding contribution to the MDBSY project, the award also recognises Bill’s major scientific contributions over many years. 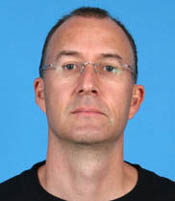