He worked as a graduate research assistant in the Cholera Research Laboratory, Dacca from 1968 to 1969; and as a Scientific Officer and later Senior Scientific Officer, Atomic Energy Centre Dacca from 1969 to 1975 being seconded to the University of Toronto, Canada. There he made pioneering contributions to understanding the role of RNA-RNA interactions in protein synthesis.

In 1975, he came to Australia as a Research Fellow at the Research School of Biological Sciences, ANU, Canberra working with Dr Ian Clark-Walker a position he held until moving to the CSIRO Division of Protein Chemistry in 1980. His role at the CSIRO Parkville laboratory was to strengthen the Division’s expertise in recombinant DNA research. His first project was with Colin Ward and Tom Elleman on cloning and sequencing the neuraminidase gene from an early (1957) strain of Asian influenza virus to support the X-ray crystallography research of Peter Colman and colleagues on this protein.

His other projects were:

In April 1999, he returned from secondment to the BRI to continue his research in the Parkville laboratory and resigned from CSIRO on 31 January 2000 to take up the position of Director of Research, Faculty of Health Sciences, University of Cape Town, South Africa.

He was the Principal Investigator on the National Biotechnology Program Grant for the IBDV vaccine project. He is internationally recognised for his research contributions and shared: 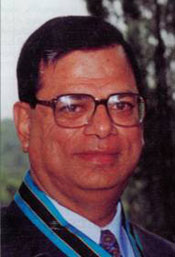