She completed the degree of Bachelor of Veterinary Science at the University of Melbourne in 1993. During her degree she deferred a year to gain wildlife disease experience and worked on kangaroos at James Cook University, Townsville.

After university she worked in the veterinary practice at the Melbourne RSPCA clinic and animal shelter. In 1995, she commenced her PhD enrolled through James Cook University but based mainly at CSIRO Australian Animal Health Laboratory at Geelong in Victoria. She was supervised by Rick Speare (JCU) and Alex Hyatt (CSIRO) and completed her PhD in 2001.

She then spent a year at the National Wildlife Health Centre in Madison, USA, before moving to Townsville as a part-time postdoctoral research fellow at JCU. In 2002, she married wildlife epidemiologist Lee F Skerratt, and continued to balance her work on the pathogenesis of amphibian diseases with the care of her three children born between 2004 and 2008.

Her PhD at CSIRO’s Australian Animal Health Laboratory and James Cook University resulted in the discovery of a novel chytrid fungus, Batrachochytrium dendrobatidis as the cause of catastrophic declines in amphibian populations. Identification of an infectious cause of the declines presented a paradigm shift in this field and was the first step in attempts worldwide to save further frog species from extinction.

Lee has also devoted much of her time to assisting others in Australia and overseas to conduct research on amphibian diseases and in assisting and informing conservation agencies. She has assisted surveys for chytridiomycosis in Asia, Europe and South America.

Significant management recommendations have been adopted based on this work such as the World Animal Health Organisation (OIE) listing chytridiomycosis as a notifiable disease in order to prevent its spread and the Australian Government listing it as a key threatening process in order to prevent its spread but also abate its current impact on threatened species of frogs.

Lee Berger’s contribution has been recognised by the following honours and awards: 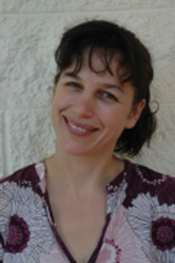