Ray Binns is an internationally-recognised geologist with special interests in the formation of Australian mineral deposits and their associated rocks. He initiated, and led from CSIRO, a highly successful frontier research program of marine expeditions and laboratory investigations focused on actively-forming mineral deposits on the deep ocean floor near Papua New Guinea.

He joined CSIRO in 1977 as Assistant Chief of the then Division of Mineralogy based in Sydney, where he led research programs on exploration concepts and technologies at a number of Australian mineral fields. He returned to full-time research in 1985 and in 1986 conducted the first of many marine expeditions aimed at discovering and understanding seafloor polymetallic sulfide deposits, the modern analogues of a major ore type exploited in ancient geological sequences of Australia and other continents. The program was supported by a consortium of Australian mineral companies who applied the outcomes to their land-based exploration strategies. The resultant discoveries included several that proved uncommonly rich in valuable metals and which have attracted commercial activity aimed at exploitation.

Following retirement in 2002, Ray Binns has continued research on seafloor minerals as an Honorary Research Fellow in CSIRO Exploration and Mining and a Visiting Fellow at the Australian National University. He serves on the Scientific Advisory Board of Nautilus Minerals Inc., the company preparing to mine the CSIRO seafloor discoveries near Papua New Guinea, and on other company strategic advisory committees. His geological consultancies have involved participation in a number of commercial marine expeditions.

For service to Australian geology and the minerals industry, Ray Binns received the following honours and awards: 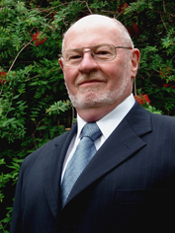