Lionel Bull was born on April 27, 1889, at Ormond, Victoria, the second of four children of Thomas William Bull and Kate Marina Bull (nee Harris). The family lived on a property in North Road, Ormond, and Thomas Bull’s occupation has been recorded as ‘Gentleman’.

He completed his course for the BVSc degree in November 1911, which was the first year that the degree was awarded by the University of Melbourne. During this time he had been engaged in research under Professor Gilruth and in a paper read to the Royal Society of Victoria on December 14, 1911, he is described as a Government Research Scholar with the qualification LVSc. Apart from its intrinsic scientific interest, this paper is of interest because it is illustrated with some very careful line drawings made with the aid of the camera lucida and signed LB Bull’s ability to observe and draw is evident in these illustrations.

From 1912 to 1934, he worked at the Government Laboratory for Bacteriology and Pathology at the Royal Adelaide Hospital, commencing at the age of 23 years as First Assistant to the Director Dr CTC de Crespigny. Bull had received a very sound training in both pathology and bacteriology from Professor Gilruth, and he assumed most of the responsibility for the bacteriological work in his new post, as well as becoming involved with human clinical pathology. He published 35 papers from his time at the Government Laboratory of Bacteriology and Pathology, approximately one third on medical bacteriology or pathology, and the others on veterinary aspects of these disciplines. But more than this, he had earned for himself a high reputation as a bacteriologist and comparative pathologist. He was appointed a lecturer in Bacteriology in the University of Adelaide from 1930 to 1933.

His connection with CSIRO preceded his appointment. As early as 1926 the CSIR allocated the sum of £500 to Bull to support investigations of Stock Diseases at the Government Laboratory of Bacteriology and Pathology, in Adelaide. He was appointed to CSIR early in 1934 as Deputy Chief of the Division of Animal Health, one of the first five Divisions established in 1927, and almost immediately he was sent overseas on an extended visit to the United Kingdom, Europe and the USA. He did not return to Australia until June, 1935.

Correspondence between Sir David Rivett, the Chief Executive Officer of CSIR, and overseas scientists and administrators arranging for Bull to make contact with the leading research institutes reveal that he was considered at that time to be the leading veterinary scientist in Australia.

In 1935, Bull succeeded JA Gilruth as Chief of the Division. An appeal for funds for capital expenditure was made to members of the animal industries to finance the building of an animal health laboratory in 1929. The only person to respond was Sir Frederick McMaster, a New South Wales grazier, who provided the capital sum of £20 000 for the building of the FD McMaster Animal Health Laboratory in the grounds of the Sydney University alongside the Veterinary School. This laboratory was opened on July 1, 1931 with Ian Clunies Ross as Officer-in-Charge. The main thrust of the work at the McMaster Laboratory was on studies of intestinal helminth parasites of sheep, although some investigations of bacterial diseases e.g. foot rot in sheep was carried out there from the earliest times.

In 1935-36 the Commonwealth Government provided £20 000 for a laboratory to be built at Parkville, Victoria ‘for investigations into mastitis and other animal health problems affecting cattle’. The laboratories were opened in 1938 as a centre of research on bovine mastitis and contagious bovine pleuropneumonia with a graduate staff of eight. Dr Bull made this laboratory the headquarters of his Division. The files and correspondence show that although Dr AW Turner was the Officer-in-Charge, Dr Bull regarded it as his laboratory, and some uneasiness continued over many years between Dr Bull and Dr Turner over the administration of this laboratory. Bull admired Turner’s contribution to the work on anaerobic infections of sheep and cattle, as well as his work on contagious bovine pleuropneumonia, but he continued, to the time of his retirement as Chief, to regard the Parkville Laboratory as his laboratory, and to give advice and to issue instructions and directives to the staff, often without any prior consultation with Turner, his Officer-in-Charge.

Soon after the appointment of Bull as Chief of the Division of Animal Health, the Division of Animal Nutrition, which had been established with Professor Brailsford Robertson as Chief in 1927, was absorbed into the newly created Division of Animal Health and Nutrition with Bull as Chief and HR Marston as Officer-in-Charge of the Nutrition Laboratory in Adelaide. Almost from the first sight, friction developed between Marston and Bull. Marston was a brilliant scientist and this was recognised by Sir Charles Martin and Sir David Rivett, but he appears to have lacked leadership ability because he needed to hold centre stage at all times. He was particularly suspicious of veterinarians, believing their training hardly fitted them for fundamental research. Bull, for his part, required Marston to relate his often extravagant approaches to basic research to problems in the field.

The exchanges of letters between these two are models of politeness and reasoned argument on both sides, but under all this can be detected a sense of frustration for both parties; for Marston because he believed he was in the better position to direct the work of his laboratory, and for Bull because he believed that unless Marston was prepared to fully inform and consult him on the general direction of the work of the Nutrition Laboratory, then the Chief could not discharge his duty to the Executive properly. The outcome of this controversy was that, at a Conference of leaders of the Division of Animal Health held March 20, 1944, the Chief Executive Officer of CSIR announced the decision to create a Division of Biochemistry with strong and vital contacts with Animal Health, with Plant Industry and with Industrial Chemistry and to a lesser extent with Soils

It is clear that Rivett believed Marston, once released of veterinary direction, would be able to make more fundamental contributions to scientific knowledge. It is also obvious that Bull believed that the solution of problems of immediate application to the livestock industries should have first priority in matters of research on Animal Health and Production.

His research contributions fall into the following areas:

This research included studies of neosporidia in native animals; the nature and distribution of a granuloma of horses caused by invasion of the tissues by the larval stage of nematodes of the genus Habronema and blowfly strike in sheep including recognition of the possible part played by Pseudomonas spp. and other skin organisms in preparing the site for fly strike.

In the work on Habronema Bull described how he had an opportunity to study a small tumour from the conjunctiva of a boy aged 13 months suffering from what was known as ‘Bung Eye’ in South Australia. He produced strong evidence to suggest that this condition in human beings has a similar aetiology to Habronema granulomas in horses. It is significant that with the reduction in the horse population, the incidence of ‘Bung Eye’ in human beings declined to a point where it is now almost unknown.

Twenty-four of Bull’s 88 publications can be classified as contributions to bacteriology. He studied tuberculosis in dogs while working as a research scholar at the Melbourne University Veterinary School. Other investigations included: the standardisation of tuberculin for use in animal practice and on comparative aspects of tuberculosis in lower animals; botulism; corynebacterial pyaemia in foals and caseous lymphadenitis or ‘cheesy gland’ of sheep (with CG Dickinson). This last work by Bull and Dickinson formed the basis of most of the investigational work on the pathogenesis and attempted control of this difficult problem by many other workers over the next 50 years including their suggestion that an effective vaccine would have to include both inactivated bacteria and toxin produced by C. ovis.

Anaerobic infections of sheep and cattle, when not controlled by the appropriate vaccines, are the most common cause of economic wastage due to bacterial infections in the livestock industry. Although Bull only published six papers on this subject himself he influenced a much wider group of veterinary bacteriologists in their thinking and efforts. His classical study of the condition known as ‘Swelled Head’ or ‘Big Head’ of young rams in South Australia provided an understanding of the natural history of the disease.

Other bacterial problems investigated by Bull were; enterotoxaemia and pulpy kidney disease of lambs; the isolation and description of Actinomyces dermatonomus as the causal agent of ‘lumpy wool’ of sheep and bovine mastitis.

Bull published one paper on fungal diseases in collaboration with Dr Harry Swift, a physician of the Adelaide Hospital. This paper described a case of torula meningitis (Cryptococcal meningitis) in a 53-year-old male Chinese. It was the first recorded case of its kind in Australia, and Bull correctly identified the yeast he grew from the spinal fluid of the patient although its name has been changed twice since 1917. His description and drawings of the yeast cells are typical of his powers of observation, and the Indian Ink method he used to demonstrate the characteristic capsule of this organism in the CSF is still used today for identifying this rare condition.

Viral Diseases included the work on myxomatosis to control Australia’s rabbit plague. The benefit of the work, began by Bull in 1935, on the control of rabbits by myxomatosis has been calculated in thousands of millions of dollars in increased productivity in the sheep and wool industry, as well as in saving millions of acres of good land from erosion.

The other virus disease with which Bull was directly associated was scrapie. This we now recognise as one of the so-called slow virus infections and it is the veterinary analogue of the human spongiform encephalopathies, Creutzfeld-Jakob Disease and Kuru. The latter is the ‘laughing disease’ of the Fore people of Papua-New Guinea.

He made major contributions to the diagnosis and control of exotic diseases in Australia. The Conference of Commonwealth and State Veterinarians was first convened by the Australian Agricultural Council in 1941. At this meeting, Dr Bull warned those attending of the need for a rapid and accurate diagnosis should an exotic disease enter Australia. He became Chairman of the Foot-and-Mouth Disease Diagnostic Committee which drew up plans for handling an outbreak of this disease. These early stirrings, initiated by Dr Bull, were followed in 1958 by the establishment of a virology section under Dr Eric French in the Animal Health Division of CSIRO, which led eventually to the establishment of the Australian Animal Health Laboratory (AAHL) being built at Geelong, Victoria. Although he retired as Chief of the Division in 1954, the concept of AAHL, or something like it, was implicit quite early in Dr Bull’s writings and comments.

In addition to the above, he published papers on comparative pathology, phytotoxins, pyrrolizidine alkaloids and mineral metabolism (coast disease, copper deficiency). He published on the poisoning of sheep by Soursobs (Oxalis cernua), a weed which grows profusely for three to four months of the year, overcrowding other pasture plants, in southern Australia; bovine enzootic haematuria, or ‘Red Water’ in cattle; ataxia of sheep and enzootic marasmus or ‘coast disease’ . The identification of cobalt and copper as essential elements in the metabolism of the ruminant animal is usually attributed to Marston, but Bull always maintained that the careful, painstaking contributions of Underwood and Filmer in Western Australia to this problem, did not receive the credit it deserved (see also Cobalt deficiency and the cure for coast disease). The credit for defining copper deficiency as the primary cause of enzootic ataxia of lambs must go to Bennetts and Chapman. Bull acknowledges this and he was able to quickly confirm the results of the Western Australian workers by the use of ‘copper licks’ on affected properties.

Bull received many honours in his long scientific career. These included: 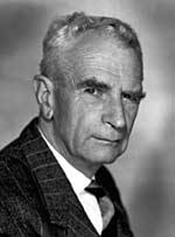