Sir David Rivett was the Chief Executive officer of CSIR between 1927 and 1945 and subsequently Chairman from 1945 to 1949. CSIR, the predecessor of CSIRO, was formed in 1926 and was reorganised to become CSIRO in 1949.

Sir David’s chief work was the creation of the nucleus of a strong and effective research institution which, with the cooperation of existing institutions, would be capable of solving the pressing national industrial needs. Upon Sir David’s death in 1961, the then Prime Minister, Sir Robert Menzies commented, His contribution to the planning of scientific research for the assistance of primary and secondary industries in Australia was a national contribution that has probably been unapproached by any other man. Those who knew him and worked with him continued to be inspired by his example.

Sir David Rivett Dies. Sir David Rivett, formerly Chairman of the Council for Scientific and Industrial Research, died on 1st April, 1961, after a long illness. The Prime Minister, Mr. Menzies, on hearing of this death said ‘David Rivett was one of the great Australians of our time. He combined an absolute first-class mind and great scientific attainments with a generous outlook and a quiet but pervading enthusiasm. Scientific research in Australia owes a great deal to him’.

CSIR, the predecessor of CSIRO, was formed in 1926 by the re-organisation of the Institute of Science and Industry which had been established by the Commonwealth Government six years previously. Sir David Orme Masson had been very interested and active in this early organisation and no doubt Rivett, who was so closely associated with him, was influenced by him and encouraged to accept appointment as Chief Executive Officer and Deputy Chairman of CSIR in 1927. He was the only full-time officer of the Executive Committee of three, but he had the valuable assistance of the Secretary, Gerald Lightfoot, who was a very able administrator.

Rivett entered into the new field of work with great enthusiasm and energy. He had a forceful and charming personality, but little background experience of applying scientific knowledge to industry, especially the primary industries, on the wide scale called for. It was indeed a very difficult job, but he made a great success of it because of his brilliant intelligence and sound principles. It was expected at the beginning that the call for help would have come from the secondary industries, but the immediate call came from the primary industries. During the first ten years attention was given almost exclusively to the problems of the primary industries.

By this time a total of five Divisions with two or three Sections had been established. Thus, the number of research officers was relatively small, and this enabled Rivett to know each officer. He took a great personal interest in the officers and their families. If anyone was sick or in distress, he would write a letter of sympathy and encouragement by hand if he could not pay a personal visit; he had that old-fashioned courtesy which rejected the dictated typewritten letter as gauche in these instances.

In the early days of CSIR the great majority of the problems accepted for investigation were of immediate practical importance. However, the application of science in most circumstances was seriously hampered by lack of an adequate background of basic knowledge. Rivett was most insistent always that the search for new knowledge by scientific methods was the essential goal. Investigation of the practical problems revealed so many gaps in knowledge; there was never any danger that the work would become superficial, certainly not when Rivett was there to guide and encourage.

So much of this earlier work was in the broad field of biology which was outside Rivett’s special interests, but he quickly gained an understanding of the problems and became a good exponent. Later he was to be more in his element when investigations into problems of the secondary industry grew apace. Rivett was not an orthodox administrator. He refused to allow the fear of creating a precedent to deter him from doing what he believed to be right. His chief work was the creation of the nucleus of a strong and effective research institution which, with the cooperation of existing institutions, would be capable of solving the more pressing of the national industrial problems.

Extensive investigations in any particular field were not undertaken until the right man was found and a capable team built around him. Rivett knew the requirements for good scientific research. His decisions were made accordingly, without regard to the rules and regulations. His contribution to the planning of scientific research for the assistance of primary and secondary industries in Australia was a national contribution that has probably been unapproached by any other man. Those who knew him and worked with him continued to be inspired by his example. 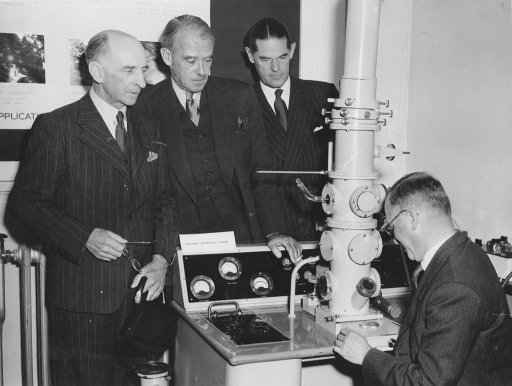 Sir David Rivett, FRS 1885-1961. A.C.D.R. ‘ these were the initials that officers in the early days of CSIR were accustomed to seeing on files, memoranda, letters, copies of papers for publications, etc. They were indicative of the activities of the Deputy Chairman and Chief Executive Officer, Dr Rivett, whose keen and probing mind was, at all times, in full grasp of the developments resulting from the work of the relatively few but slowly increasing number of research people in the organisation. Appointed a full-time member of the Executive and Chief Executive Officer in 1927, Dr Rivett had the task of stimulating the growth of CSIR in its initial stages of development, and then through the years of depression when it was most difficult to arouse any governmental or public enthusiasm for scientific work.

That he was able to bring CSIR through this period with a widening of the scope of its activities and a definite increase in the number of research personnel, is an indication of his enthusiasm, courage and tenacity. His knighthood (K.C.M.G.) in 1935 and his election as Fellow of the Royal Society in 1941 were well-deserved rewards for his efforts on behalf of scientific research in Australia. Characteristically, Sir David (for he chose to use the third of his three Christian names) always maintained that these honours were not personal tributes but were acknowledgements to the work of the organisation.

Sir David was Victorian Rhodes Scholar in 1907 and studied overseas at Oxford University and the Nobel Institute, Stockholm. He was appointed Lecturer in Chemistry at Melbourne University in 1911, Associate Professor in 1921, and Professor in 1924. His scientific achievements during this period won him a world-wide reputation. After his appointment to the CSIR Executive he hoped to continue some research and a small laboratory was set up at 314 Albert Street, but unfortunately administrative duties prevented his use to it, and Forest Products took over the space. 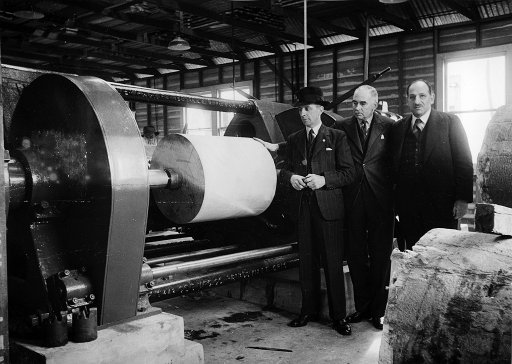 In the formative stages of our Association (Association of the Officers of the Commonwealth Scientific and Industrial Research Organisation), Sir David was kept informed of the various steps taken. He was most sympathetic to our objectives but for some time unconvinced of the wisdom of registration with the Arbitrator. His opinion was that a body of scientists should deal directly with other scientists at the Executive level. However, he was aware that certain safeguards were essential for the Association and the Executive did not oppose our registration. Representatives of the Association were always received by Sir David who initiated the cordial relationships that exist between the Executive and the Association. At such interviews Sir David was most helpful; he was not worried by precedent and at times willing to agree to specific requests relating to staff privileges, but Mr. Lightfoot, in the absence of the weighty tomes relating to ‘Terms and Conditions’, would gently remind him that certain departures from procedure could not be granted.

During the Second World War and in the post-war period, CSIR expanded considerably under Sir David’s guidance and research into problems related to secondary industries was intensified. He became Chairman in 1946 and remained in this position until his retirement in 1949. In 1950 he was appointed the first Chairman of the Advisory Council. During the last year of his active association with us, the CSIR Act was amended and we became CSIRO; he used to comment that this change had added nothing.

Sir David was frank and forthright in expressing his views, exceedingly approachable with by colleagues or subordinates, ever helpful to those in trouble, and an aspiration to those of his research staff who had contact with him. Unfortunately his administrative duties did not allow him to visit the research workers in their laboratories as much as he would have liked. He was a strong proponent of freedom of expression in scientific matters; his stand on this point was, unfortunately, misinterpreted by some. He is survived by Lady Rivett and two sons, both well known in their own right. To them the Association expresses its sincerest sympathy. To those of us who worked closely with Sir David say thank you for a wonderful experience. ‘ H.E.D. 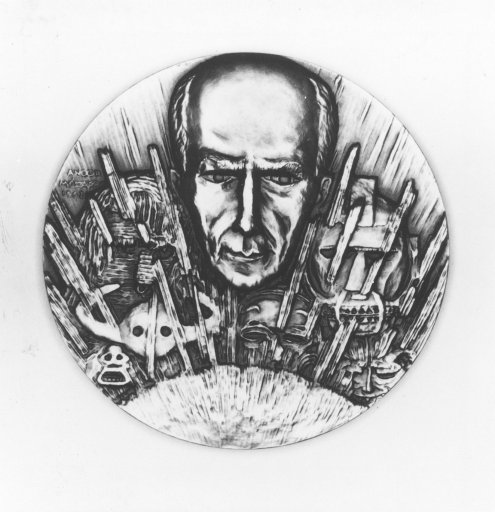 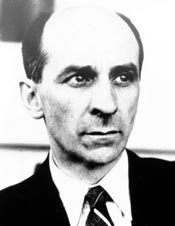