This page contains information about the collection of artefacts held by Ron Kerpen, former IT Manager for CSIRO Division of Mineral Processing (and others) at Clayton.

When old IT equipment was being replaced at Clayton,  I sometimes kept a few items. So I was wondering if there is some sort of museum that they might find a home in?
Here a couple that I have.
The front control panel of the Clayton Csironet Computer. (PDP 11)
The first router (Cisco bought in 1990) that connected Clayton to the internet.
SUN SPARCstation 12.
Plus I think I know where the first SUN SPARC server is.  (large 19” rack device Bought in the mid 1980’s)
Ron Kerpen
PS.  I even paid a couple of dollars for some, rather than seeing them in the bin.
In the mid 80’s I had an internal 10Mbit network running at Minerals. This network also connected, to the mail server at Melbourne Uni, via a modem.
I knew next to nothing about the internet and Bob Smart helped me initially connect CSIRO Clayton.

As mentioned, I still have that original router, see attached photos, and would be willing to donate to a Computer Museum.

Have also attached pictures of other stuff I collected.

The PD11 was part of Csironet.

Here’s a picture of the front panel of the PDP11/40, which was used as a CSIRONET node until replaced by a Micronode or the termination of the CSIRONET network.  The model 40 was often used as a fan-out rather than a basic node, or it could have been an RSX-11 host. 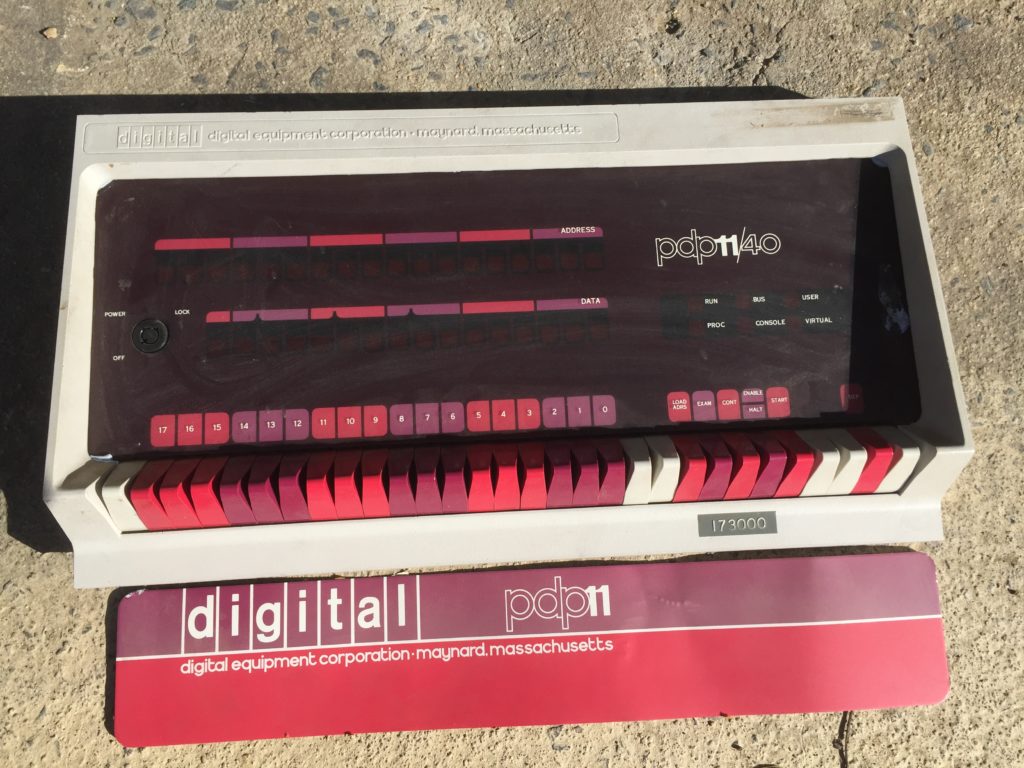 This is the CISCO router.  CSIRO started widespread implementation of the internet from 1990, with Bob Smart from DIT working with people like Ron Kerpen at Clayton to establish connections.  It was Bob Smart who nailed down csiro as the second level domain under .au. 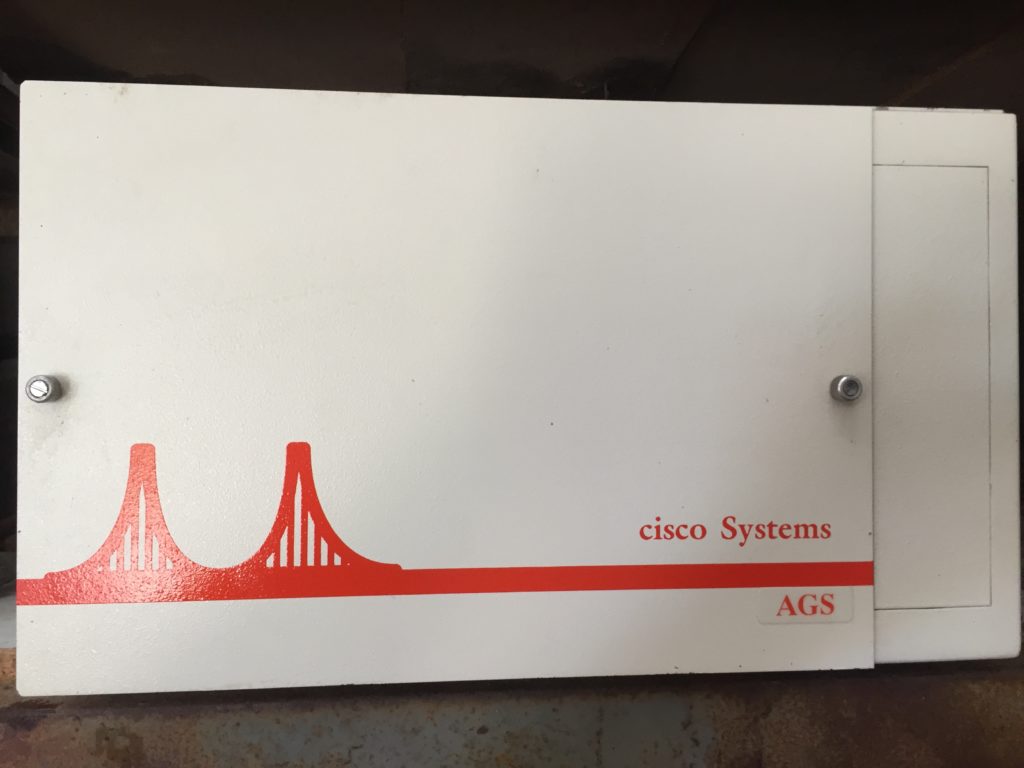 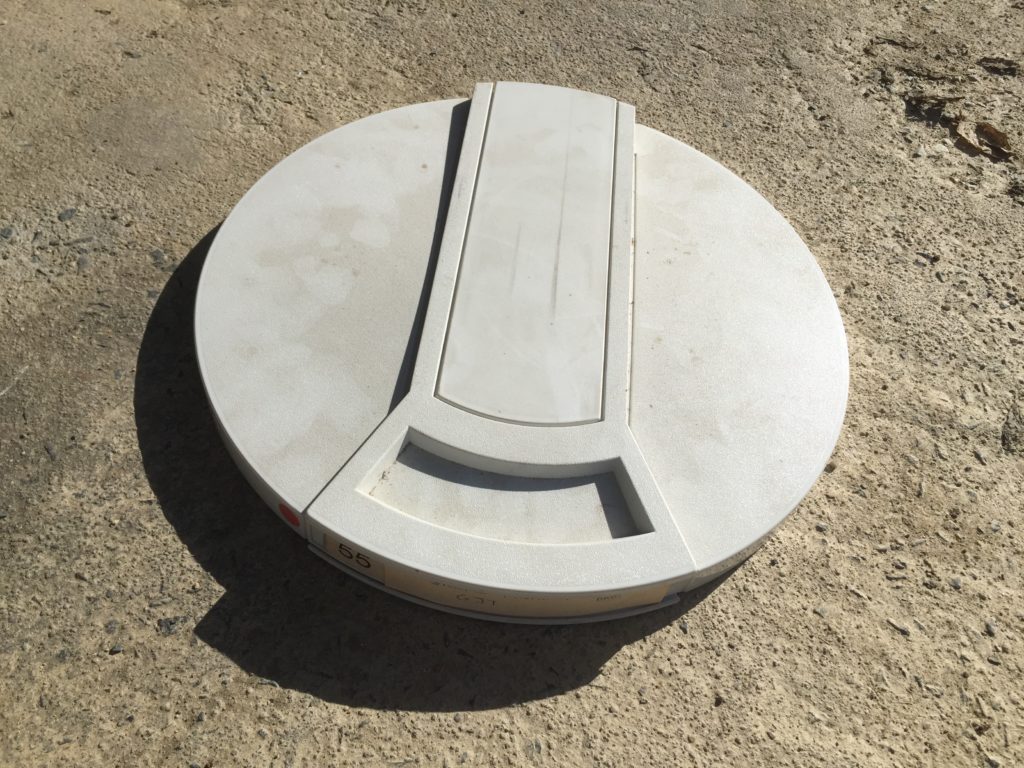 Here is a picture of the SPARCstation 12 and other Sun Microsystems products.  These would have formed part of an early UNIX/ethernet internet-connected network 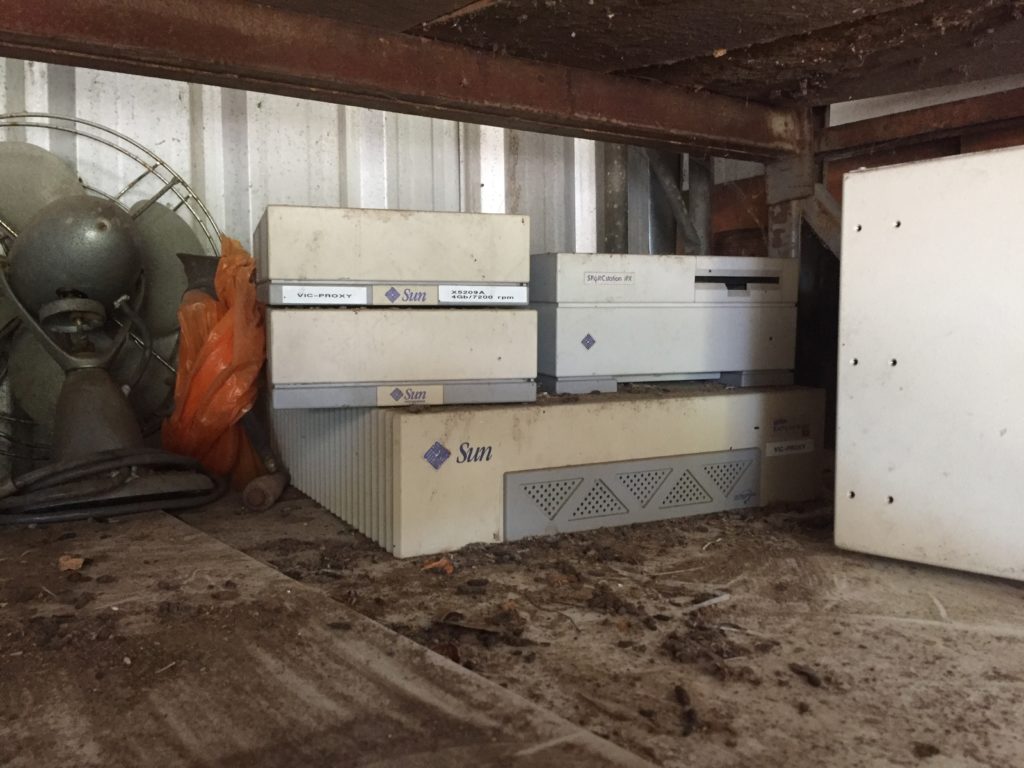 Back to Computer Museums and Artefacts          Back to contents