The Scientific Computing Circulars from March 2014 give a good summary of the major activities.

Issues 1-13 (March 2014 to November 2016) at here (but visible only within CSIRO).  Here is an extract from the first edition, outlining the role of IM&T in scientific computing.

Below are the contents. 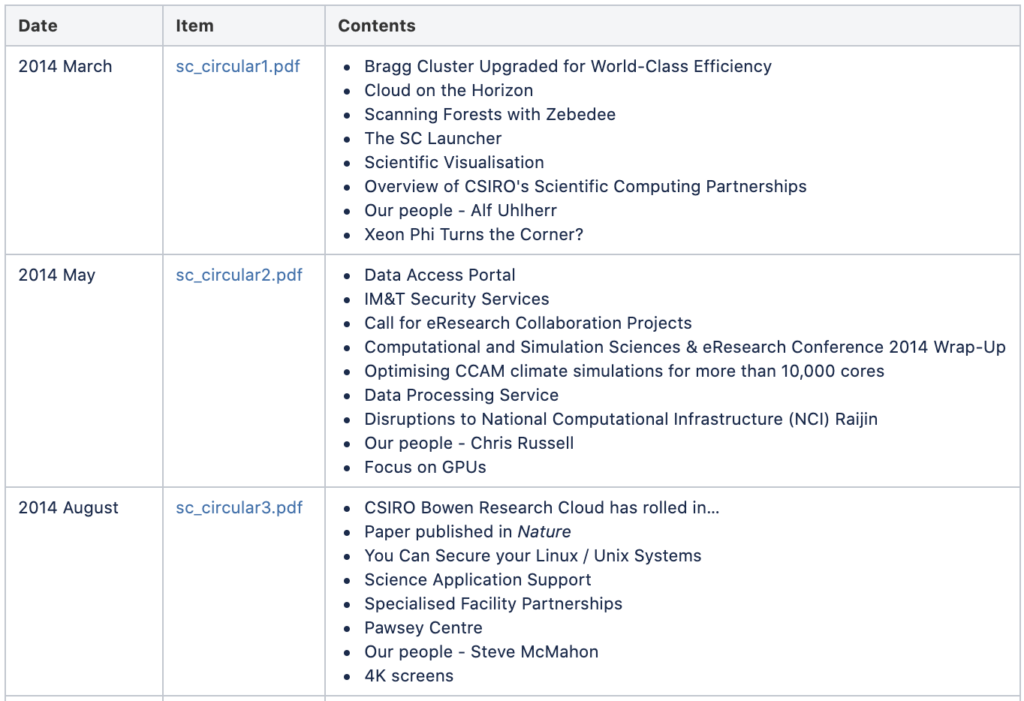 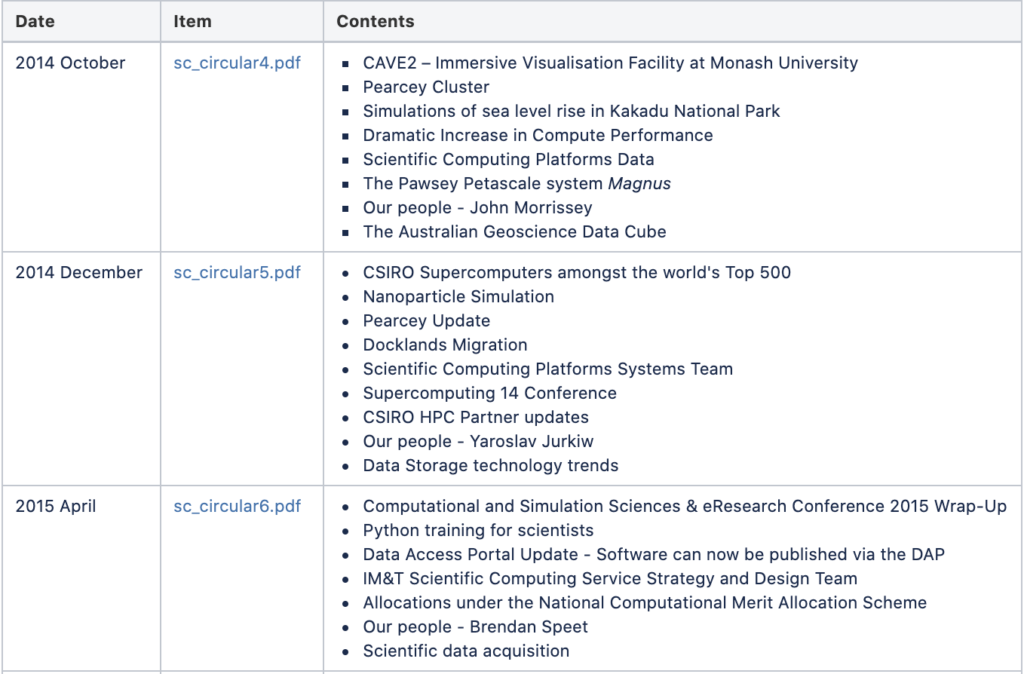 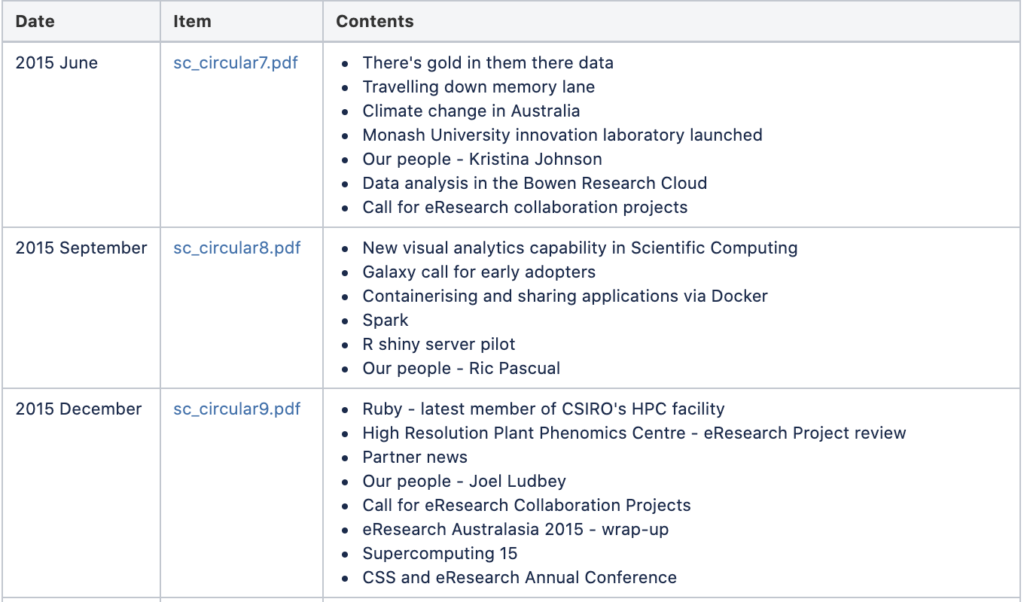 Since this chapter encompasses the present (2020), further details are not given, as this era spans the current systems and services, some of which are confidential to CSIRO.

The mandate is to provide access to computing systems (and associated storage, software, services, support and staff) in the furtherance of CSIRO’s mission to Australia and the world, particularly as the world and the world of science depend increasingly on the breakthroughs enabled by computation.