Calum John Drummond was born on 6 January 1960 at Whitehaven, UK. His family migrated to Australia when he was three years old. He spent his early life in Geelong before moving to Melbourne to attend university.

He completed his BSc (Education) at The University of Melbourne in 1981 and his BSc with First Class Honours in both Chemistry and Science Education in 1982. His honours supervisor was Professor Thomas W Healy AO, FAA, FTSE, FRACI. His thesis was entitled ‘The Effect of Structural Modifications on the Solution and Interfacial Properties of Aliphatic Alcohols’.

His PhD research, from 1983 to 1987, was in the Department of Physical Chemistry, The University of Melbourne under the joint supervision of Professors Tom Healy and Franz Grieser, FAA, FRACI. His thesis title was ‘Acid-Base Indicators as Probes of the Interfacial Microenvironment of Micelles and Vesicles’.

In 1987, he joined the CSIRO Division of Applied Organic Chemistry as a Postdoctoral Fellow, working in the Industrial Chemicals program. From 1990 to 1991 he was on leave without pay as an ARC Queen Elizabeth II Fellow in the Department of Applied Mathematics, Research School of Physical Sciences & Engineering, Institute of Advanced Studies, The Australian National University, Canberra and then from 1991 to 1996 a Fellow of the School of Chemistry, University of Melbourne returning to his old Division, renamed CSIRO Division of Chemicals and Polymers in 1991-93, as a Queen Elizabeth II Fellow. At the end of the Fellowship, he was appointed as a Senior Research Scientist and leader of the Applied Surface Chemistry Project rising to the position of Senior Principal Research Scientist in 1999.

In 1999, he became Leader of the Specialty Chemicals and Environmental Technologies Program at the Division (now called Molecular Science) as well as Leader of the Functional Fluids Project within that Program.

In 2001, he was seconded from CSIRO for 3.5 years to be the inaugural Vice President Research at CAP-XX Pty Ltd to assist in the development and commercialisation of supercapacitor technology. CAP-XX Pty Ltd, a Sydney-based company that designs and manufactures advanced supercapacitors (energy storage devices enabling the development of next-generation portable electronic devices). During this time, he was responsible for all research and intellectual property activities and some manufacturing operational activities. In 2004, he rejoined CSIRO Molecular and Health Technologies (CMHT) as an ARC Federation Fellow and CSIRO Chief Research Scientist to lead a research group in nanostructured materials and retained his association with CAP-XX as a member of the Scientific Advisory Board.

The World Economic Forum designated CAP-XX as a 2005 global Technology Pioneer. In addition, CAP-XX was awarded the Frost & Sullivan 2006 Nanotechnology-enabled Energy Devices Technology Innovation of the Year Award. In April 2006 CAP-XX listed on the London AIM with a market capitalisation of A$110 million.

In August 2006, he became Chief of CSIRO Industrial Physics. This Division merged with CSIRO Manufacturing and Materials Technology in July 2007 with Calum appointed Chief of the new Division named CSIRO Materials Science and Engineering. In July 2008, CMSE was enhanced through a merger with CSIRO Textile and Fibre Technology and the CSIRO forest and wood products capability. Calum was the inaugural convenor of the CSIRO Advanced Materials Network comprising over 800 researchers from 12 CSIRO Divisions. CMSE was merged with CMHT in July 2010 with Calum as Chief. Calum was appointed as CSIRO Group Executive, Manufacturing, Materials and Minerals in January 2011. In this role he has oversight of 1300 staff and an annual budget ca. $230 million. In January 2014 he resigned from CSIRO to become Deputy Vice-Chancellor (Research) at RMIT University.

He held an ARC Federation Fellowship hosted by CSIRO Molecular and Health Technologies from 2004 to 2010.

His research interests cover colloids, surface science and amphiphile self-assembly materials (which have potential applications such as controlled-release drug delivery). By 2011, he was an author of over 200 publications including four invited book chapters, over 120 refereed ISI journal papers, nine patents, nine conference proceeding papers, five technical/professional society journal papers and 54 CSIRO reports (mainly commercial-in-confidence reports for companies). The refereed journal papers have received more than 4000 citations, and his citation h-index is 35, which by these measures places him in the top 5% of chemists/materials scientists internationally. In addition, he has given over 250 oral seminar, workshop and conference presentations.

As Vice President Research at CAP-XX, he commissioned and authorised over 800 internal R&D reports. During 24 years as a CSIRO scientist, Calum has either acted as a consultant or alternatively worked directly on research and development projects with over 30 companies and industry support organisations.

He is a current member of the CSIRO-Boeing, CSIRO-GE and CSIRO-Orica Executive Steering Committees that oversee the bilateral project-based collaborations. In 1997-99 he was a member of the Executive Council of the Royal Australian Chemical Institute (RACI) and was Honorary General Treasurer. 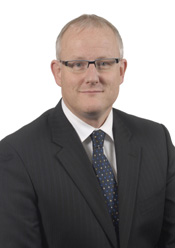