Australia has become a world leader in supercapacitor technology through a CSIRO initiated research program that began in early 1992. The program was led by Tony Vassallo and Calum Drummond and involved 34 researchers from seven CSIRO Divisions. Over a decade of leading-edge research and development resulted in a product with a clear competitive advantage through the tailored use of nano-structured materials and nano-scale processes.

These supercapacitors are used globally to improve the performance of GPRS mobile stations and have given CAP-XX a competitive edge in the global marketplace. The total available market for high power small form factor supercapacitors is expected to be greater than US$1 billion by 2010.

As the information revolution unfolds, consumers want a better mobile experience. They want devices that are smaller, more portable and more highly functional. Anyone who has had their Digital Still Camera, notebook, PDA or cell phone die while attempting to complete an important task, wants longer run times and rapid recharge. Manufacturers are therefore seeking lower power consumption components and operational algorithms that are now leading to increased peak power/average power ratios. As manufacturers strive to meet these demands, they are coming up against the limits of the performance capabilities of batteries, fuel cells and capacitors.

Both batteries and fuel cells have very limited power capabilities, which means they cannot provide the high power required for higher functionality, nor provide the burst (or pulse) power that is required for wireless communication, nor be recharged quickly, without significantly increasing the power solution’s size and weight. They also cannot work effectively below 0 ºC.

These limits were already causing problems in advanced applications, forcing some manufacturers to adopt costly, inefficient solutions to meet their products’ power needs. Moreover, these limits meant that current battery and capacitor power solutions will not be able to meet the higher power needs of next-generation products without compromising the products’ size and portability.

Both battery and capacitor technologies are mature, so further research is unlikely to yield dramatic improvements in their capabilities. Fuel cell technologies are not mature but are focused on large-scale power delivery, while small-scale portable fuel cells under development are unable to provide pulsed power. This means manufacturers must find an alternative power solution.

These revolutionary devices have a unique ability to store large amounts of energy, release this energy in fast bursts (or pulses) if required, recharge rapidly, and operate at temperatures down to -40 ºC. In the relevant markets they deliver as much power as needed for as long as is needed from a much smaller size than batteries and capacitors.

These performance characteristics mean that supercapacitors enable the development of new power solutions that can meet the high power demands of tomorrow’s applications such as: 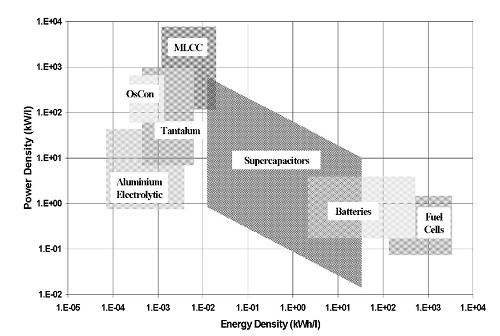 What is a supercapacitor?

This effectively creates two layers of capacitive storage, one where the charges are separated at the positive plate, and another at the negative plate. The two oppositely charged electrode plates are attached to current collectors and are kept apart, prevented from causing a short-circuit, by an ionically conductive but electronically insulating separator material.

Australia has become a world leader in supercapacitor technology as a result of a CSIRO research program that began in early 1992. CSIRO initially worked closely with Plessey Ducon Pty Ltd and later with the start-up company CAP-XX Pty Ltd to first develop and then commercialise the world’s most advanced high power small form factor supercapacitors. The ultra-high performance of the CAP-XX supercapacitors has been enabled through the tailored use of nano-structured materials and nano-scale processes developed by CSIRO over a decade.

The supercapacitor project team comprised 34 researchers from seven CSIRO Divisions. The major developments were as follows.

The development of large capacitance (= High Energy) electrode plates resulted from the: 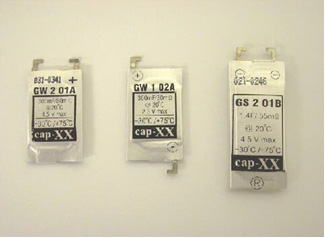 The development of the Ultra-low ESR (= High Power) components resulted from the: 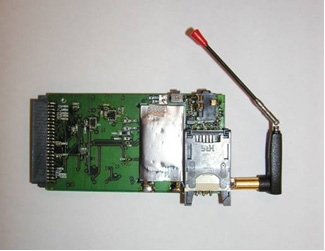 Other CSIRO contributions to CAP-XX’s Development

Key dates in the history of CAP-XX are:

As shown in the competitive analysis graph (provided below) CAP-XX supercapacitors were significantly better than all other supercapacitors in the marketplace in the 2000s. Note that in the graph the scale in the both axes are logarithmic.

In general, a product to the right and/or above another on this chart delivers superior performance. CAP-XX products being the closest to the top right are the most favourably placed. 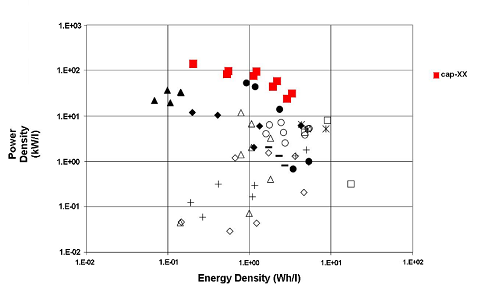 A Ragonne plot of the energy and power capability of the CSIRO developed supercapacitors. The CSIRO supercapacitors have higher power and energy than others (10 in total) in the marketplace. [Source: CSIRO]

In the 2000s the CAP-XX supercapacitors were significantly better than all other supercapacitors in the marketplace. The unique combination of power and energy in the CSIRO co-developed supercapacitors filled a gap in energy storage systems for miniaturised wireless communication applications where supercapacitors can extend battery life and device useability over a wide range of operating conditions, and enable some new functions.

In its Press Release of the 29 November 2004 the World Economic Forum in Geneva selected CAP-XX as one of the 29 companies it assigned the status of 2005 Technology Pioneers. To be selected as a Technology Pioneer: a company must be truly innovative; must have potential long-term impact on business and society; is expected to show signs of a long-term market leader; its technology must be proven; and it must have visionary leadership.

The total available market for high power small form factor supercapacitors has been estimated to be greater than US$1 billion by 2010.

For this development the researchers were awarded a CSIRO Medal for Research Achievement in 2004.