He obtained his BAppSc (Hons) in Chemistry 1977 at the NSW Institute of Technology (now University of Technology Sydney) and his PhD from Macquarie University, Sydney in 1966. His Thesis was titled ‘An Isotopic and Magnetic Resonance Study of the Liquefaction Behaviour of Liddell Coal’.

His research interests include:

He believes that widespread use of energy storage will transform the way we produce, deliver and use electricity, and be the key technology linking transport with renewable energy systems. Vassallo’s research includes the use of supercapacitors in high power/low energy applications such as electric vehicles, the use of regenerative fuel cells in domestic, commercial and precinct electricity storage, and the role of distributed storage in electricity networks.

He conceived, resourced and led the CSIRO Carbon Supercapacitor Project from 1994 till 2001. A key early objective of this project was to ensure that the project would be structured to provide smooth facilitation of technology transfer and commercialisation when appropriate.

This work led to the formation of cap-XX Pty Ltd, an Australian start-up company that has received over $40 million of investment funding from Intel Capital and other organisations.

His interest in developing energy storage solutions is to facilitate the widespread uptake of renewable energy sources, such as large and medium-scale photovoltaic (PV) technology. These, and other renewable energy systems, will play a significant role in reducing Australia’s dependence on fossil fuels, but without integrated energy storage, their impact will be constrained.

With long-life, efficient energy storage, renewable energy systems will be capable of providing continuous, reliable power beyond sunlight hours. For example, efficient storage would allow PV technology to meet typical late evening and night-time electricity demand. The electricity grid of the future will be based on distributed and diverse technologies, incorporating large, medium and micro scale stationary and mobile energy systems. Energy storage and the associated technology to use it as both a source of energy supply and as a load will be a key challenge for our network operators.

Professor Vassallo has published over 70 fully refereed papers in international journals, while his commercially sensitive research has led to sseven patents, six of which are US or other international patents.

Tony Vassallo’s contributions have been recognised by the following awards:

Board and committee positions 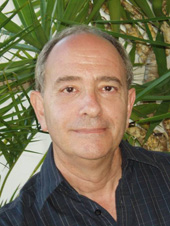