The divisional changes associated with the history of these divisions is summarized in the figure below with further details at the following links:

History of Land and Water 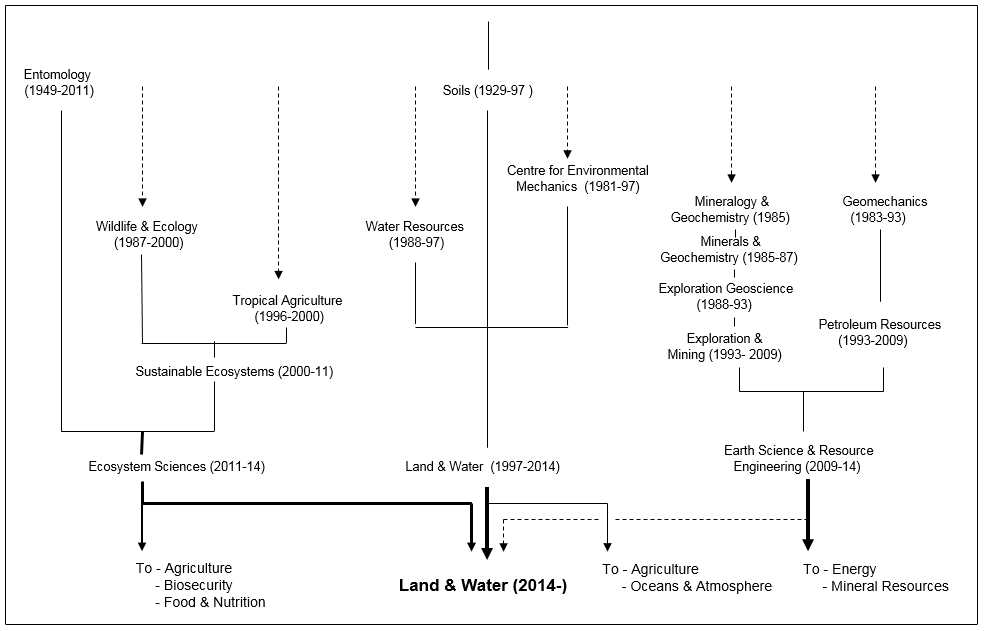 Previous post:
Paintbond – a spray-on topcoat for aircraft
Coming up next:
Oceans and Atmosphere