Following their success with the development of the Elast-Eon® biocompatible polyurethane, Thilak Gunatillake and his colleagues at CSIRO Molecular & Health Technologies turned their attention to therapies and devices that would help the body use its own mechanisms to repair damaged tissues rather than relying on permanent implants.

After four years of fundamental research the NovoSorb® family of polyurethanes was developed. NovoSorb® is a biodegradable polymer that has a broad range of potential biomedical applications, particularly in vascular disease treatment, healing bone fractures and damaged cartilage, tissue engineering, wound care and drug delivery.

In 2004 the spin-off company PolyNovo Biomaterials Pty Ltd was formed to commercialise and further develop the technology and in 2005 the NovoSorb team, lead by Thilak Gunatillake, received a CSIRO Medal for Research Achievement.

The global medical device industry is a multi-billion dollar industry, with the end device market in 2006 estimated to be in excess of £89 billon per annum. In the early 1990s, the researchers in CSIRO Molecular and Health Technologies realised the need to develop new materials to address the short comings of the materials used at the time and to fulfill the material needs of emerging technologies.

Many millions of people worldwide rely on medical implants or devices to help improve their health and quality of life affected by disease, trauma or congenital disease. Examples of long-term implants are the synthetic polymer devices used in orthopedics, urology, and reconstruction surgery. In contrast other devices are implanted in the body to last for relatively shorter periods of time, often a few weeks to months. These are designed to provide mechanical and other support required for the body to repair the damaged tissues. Once the tissue regeneration is completed the material is expected to degrade and be released from the body without causing any adverse reactions to the biological environment.

In the early 1990s, Dr Thilak Gunatillake and his colleagues began work on new synthetic polymers which culminated in the development of the Elast-Eon^TM^ family of polyurethanes. These were strong enough and durable enough to withstand long-term implantation.

Around this time, the international biomaterials research community was shifting its focus to explore therapies and devices that would help the body to use its own mechanisms to repair damaged tissues rather than relying on permanent implants. While permanent implants will continue to serve the needs of many million of people, the shift in focus opened new opportunities to develop therapies based on tissue engineering approaches.

This emerging technology required the design of new materials. The researchers identified the material needs of these technologies, and focused on developing synthetic polymers that can be cured in the body in-situ or by external triggers while providing the environment to help support the tissue regeneration process. During four years of fundamental research, the NovoSorb® family of polyurethanes was developed. 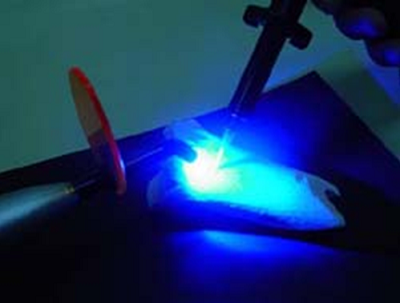 The funding for the initial phase of the technology development was provided by CSIRO Molecular and Health Technologies. Drs Thilak Gunatillake, Raju Adhikari and Roshan Mayadunne were responsible for inventing the NovoSorb® polyurethanes while Drs Jerome Werkmeister, John Ramshaw, Stephen Danon and Ms Tam Le contributed in the evaluation of NovoSorb® biodegradable polyurethanes for biomedical use.

The spin-off company PolyNovo Biomaterials was formed in 2004, as a joint venture between CSIRO and Xceed Biotechnology to commercialise NovoSorb®. The key researchers Drs Thilak Gunatillake, Raju Adhikari and Roshan Mayadunne, joined the company to help the technology transfer process and commercialisation.

PolyNovo has established licensing agreements with Medtronic vascular, Smith & Nephew and Biomet to develop devices for cardiovascular and orthopedic applications. NovoSorb® based biodegradable stents, bone void fillers, and fracture fixation products are among the key products in development with its collaborating partners.

CSIRO continues to support the spin off company to further advance materials and device development programs through collaborative research schemes and consulting services. 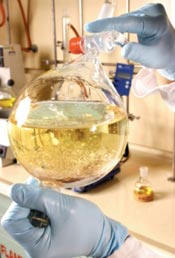