Lindsay Gale Sparrow joined CSIRO in 1968, after postdoctoral fellowships with:

1964 – 65: Professor Frank Gibson, University of Melbourne, on the biosynthesis of ubiquinone and vitamin K in E. coli

1965 – 67: Professor Esmond Snell, University of California at Berkley, on the biosynthesis and degradation of vitamin B6

In addition to his work on Granulocyte-macrophage colony stimulating factor (GM-CSF), he made major contributions at CSIRO to the purification and sequencing of the low-sulphur proteins (later recognised as intermediate filament proteins) of wool and to the chemical characterisation of the human insulin receptor.

He was a member of the team that won the CSIRO Chairman’s Medal in 2006 for their landmark determination of the three dimensional structure of the human insulin receptor.

He served as Honorary Treasurer and member of the organising committee of the Annual Lorne Conference on Protein Structure and Function from 1977 to 2005. 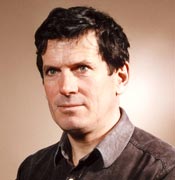