His father was a Justice of the Peace within the State Government of Queensland and served in the Clerk of Petty Sessions Office in Kingaroy and later in the Public Curators Department in Maryborough and Brisbane. He transferred to Brisbane to support the education of his family. Bob has two brothers and one sister. His mother was a housewife dedicated to supporting her family.

Family financial constraints required Bob to pursue matriculation studies at the Evening Tutorial Classes at the Brisbane Technical College. Having matriculated, he obtained employment as a technician in the Laboratory of Mobil Oil Company in Brisbane and enrolled as an evening student at the University of Queensland with a view to a career in industrial chemistry. To enable full-time studies in his final years of his Pass Degree he obtained a cadetship with the Queensland Department of Agriculture and Stock. As part of that Cadetship he was placed in the Entomology Department which had a profound influence on his later studies. He obtained his Bachelor of Science from the University of Queensland in 1961.

From 1961 to 1963, he was an entomologist with Queensland Department of Agriculture and Stock (now Queensland Department of Primary Industries) and stationed in Brisbane where his duties included investigation of methods for the control of insect pests of peanuts, tomatoes, potatoes and other small crops. During this period he acted in an advisory capacity to officers responsible for inspections for insects in wheat exports to Mainland China and in the course of these duties carried out investigations into the movement of the fumigant methyl bromide through wheat in railway wagons.

From 1963 to 1967, he held the position of Entomologist within the Commonwealth Department of Primary Industry in Canberra. This position was created to support the Exports (Grain) Regulations which had just been introduced to meet Australia’s new export markets that demanded insect-free grain. Bob established standards and procedures to support the new regulations and supervised the operation of inspectors in all States exporting grain from Australia all of which brought about a dramatic improvement in Australia’s grain exports. To supplement this work, he established an insect recording system within the Department which required the identification and recording of insects collected from wheat, wheat storages (port facilities) and grain ships. In addition, he made a limited study of the insect pest problems in flour mills in several States particularly those exporting small quantities of bagged wheat; a detailed study of the storage pest problems in the rice industry including rice mills and paddy storages in the Murrumbidgee Irrigation Area; and a study of insect problems and control practices in food stores of the Department of Defence following which a Code of Practice was prepared for that Department. He also acted in an advisory capacity to the Federated Sheepskin Export Packers Association on insect control methods relevant to the export of hides and skins from Australia.

From 1967 to 1970, he held a senior research position in the Entomology Laboratory, Queensland Department of Primary Industries, Indooroopilly during which time he had limited responsibility for the supervision and administration of a number of entomological research projects. The major part of his work concerned a study of the inhibitory effect of the fumigant phosphine on reproduction of several stored grain insects. His work also included a limited study of acquired resistance to phosphine in two strains of Tribolium castaneum. This resistance followed selections of several strains with phosphine. A limited evaluation of response to methyl bromide was also made, primarily with a view to providing base response data for local strains of stored grain insects. Apart from the major area of study, he carried out fumigation trials in bulk peanuts; evaluated tobacco and tobacco storage sheds and evaluated the usage of phosphine in overseas shipping containers. During this period he also assisted in the preparation and presentation of a training course for overseas people on The storage and preservation of grains and seeds, sponsored under the Australian Freedom From Hunger Campaign and arranged by the Department of External Affairs.

During this period he formed a close liaison with the CSIRO Division of Entomology and decided to pursue a research career with a focus on the entomological problems of stored products. He obtained a Master of Science from the University of Queensland in 1971 with his thesis ‘The Inhibitory Effect of Phosphine on Reproduction of Tribolium castaneum (Herbst)’.

In 1973, he was appointed as a Research Scientist within the newly-formed Stored Grain Research Laboratory of the CSIRO Division of Entomology to continue his studies on grain fumigants but with particular emphasis on the fumigant phosphine. Phosphine had become the principal fumigant used in Australia and in other countries around the world. In 1976 he was responsible for commissioning silos provided to Burma by the Australian Government and for the training of Burmese to operate the facilities.

In 1987, he was appointed Section Head of CSIRO Stored Grain Research Laboratory (SGRL), Division of Entomology and in 1989 successfully negotiated a further 3-year term for the Stored Grain Research Laboratory Agreement with its industry partners. In 1990, he relinquished his position of Section Head, SGRL to concentrate on the commercialisation of SIROFLO®.

The major focus of Bob Winks research since joining CSIRO was in grain fumigants with particular emphasis on the fumigant phosphine. His lifetime’s research in this area over the next 25 years or so established him as a world authority in the field of fumigant toxicology. The key milestones were as follows: 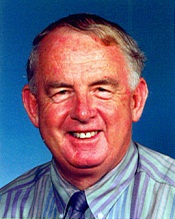