Peter John Hudson was born in Manchester, England on 3rd August 1953. His parents, Dennis and Barbara, immigrated to Adelaide in 1964 with Peter and his younger sister Denise. Peter attended Salisbury East High School (1965-1970), matriculating with Distinctions.

At Adelaide University (1971-1974) Peter resided at St Mark’s college and completed a BSc in chemistry and biochemistry, and was awarded the top first class Honours in Biochemistry in 1974. He was a state finalist in the Shell Australia Scholarship and was awarded a CSIRO Postgraduate scholarship to undertake a PhD in Cambridge, England.  Peter’s principal sponsors for his CSIRO scholarship were Professor William (Bill) Elliott at Adelaide University and Dr Michael Tracey, CSIRO Chief of Food Research in Sydney. Both gave Peter sage advice to focus on the pure science of biochemistry and not venture prematurely into the emerging field of biotechnology.

In 1975 Peter enrolled in Darwin College, Cambridge for his PhD at the MRC Laboratory of Molecular Biology (LMB). Peter was one of only three PhD students accepted into the MRC Protein and Nucleic Acid Chemistry Division, headed by Nobel laureate, Fred Sanger.  Peter’s initial supervisor, Ieuan Harris, died tragically in a holiday house accident, and Peter then completed his PhD with a young postdoc from Oxford, Phillip Evans, under the ever-watchful gaze of Max Perutz, Fred Sanger, Caesar Milstein and John Walker (all Nobel Laureates). Peter’s PhD was outstanding as he succeeded in determining both the primary sequence and the X-ray crystallographic structure of the main controlling enzyme in glycolysis, phosphofructokinase. Peter and Phil Evans were sole authors on the prestigious Nature publication that announced this structure in 1979.

Peter experienced the worldwide moratorium on genetic engineering first-hand at LMB, Cambridge. Fortunately, this enabled LMB to refine the technologies of DNA sequencing and DNA synthesis and established LMB as the world-leader in these techniques.

Peter maintained close links to the MRC-LMB over the years and was invited back for sabbatical stints in1988 and 1990, as an International Review member in 2004 and as an Alumnus for the opening of the new LMB laboratories in July 2014.

Having decided to return to Australia after his PhD, Peter was offered several positions in 1979. Given his experience at the LMB in DNA sequencing methodologies he plumped for genetic engineering rather than X-ray crystallography and accepted a Post doc position at the Howard Florey Institute, Melbourne. There he designed and built one of the first genetic engineering suites in Australia and, with the collaboration of John Shine (ANU) and several Howard Florey Institute scientists, Peter cloned the relaxin gene family and was lead author on two Nature articles describing these proteins (1981, 1983).

In this period, Peter wrote the first genetic engineering patents in Australia, translated the DNA sequence analysis code to Fortran/VAX and established a new technique of in situ hybridisation histochemistry to identify and measure mRNA in tissue sections.  In 1984, he left the Howard Florey Institute for CSIRO and the Florey Institute assigned the clinical development of relaxin to Genentech.  Since 1984, several companies have evaluated the human health benefits of the relaxin gene family, culminating in the 2013 announcement by Novartis that the second human relaxin gene which Peter had discovered in 1984 (Serelaxin, a vasodilator) reduces deaths arising from cardiac arrest and is intended for market release to the public.

In 1984 Peter joined Colin Ward‘s program in the CSIRO Division of Protein Chemistry to work with the team led by Ahmed Azad (CSIRO Protein Chemistry) and Kevin Fahey (CSIRO Animal Health) together with Arthur Webster Pty Ltd, to produce a genetic engineering-based, subunit vaccine for infectious bursal disease virus (IBDV). IBDV, a Birnavirus, is a major pathogen of the world-wide poultry industries. The project was funded by two National Biotechnology Program grants. The IBDV team was the first to describe the total gene sequence (two double stranded RNA segments) of a Birnavirus and the mechanism by which the major viral genome segment translation product (polyprotein) is proteolytically converted to three functional viral proteins, VP2, VP3 and VP4. The research culminated in the development of the first recombinant subunit vaccine for veterinary purposes and was internationally recognized by the award in 1983 of the B Rispens Memorial Award for Avian Pathology and the CSIRO Chairman’s Medal in 1997 (see: Infectious bursal disease virus vaccine).

With the expertise in gene cloning gained at Cambridge, Peter forged several collaborations with external Institutions on his return to Australia and was successful in constructing cDNA libraries and identifying and cloning several mammalian genes. This resulted in co-authored publications on OTC’ase, human complement-associated protein SP40,40 (clusterin), human parathyroid hormone-related protein (PTHrP), and ovine Homeo-Box genes.

In 1989, when Peter Colman was appointed Chief of the renamed Division of Biomolecular Engineering, Peter Hudson was asked to lead a new program in Protein Engineering. The program operated over the next 18 years to 2008. Hudson’s team applied the new PCR technologies to the mutation and selection of new classes of human proteins, including engineered antibodies, and related members of the IgG-superfamily (CTLA4, B7, VNAR, NCAM etc).  These new mutation and selection technologies, using bacterial viruses, were a revolutionary technique that enabled rapid isolation of new binding proteins to rival conventional monoclonal antibodies. The technologies were refined to produce new clinical diagnostic products with the CRC for Diagnostics, including biodefense applications with DSTO. From 1995-2007 Peter was Deputy CEO and Scientific Director of the Cooperative Research Centre for Diagnostics.

Peter Hudson, together with Bob Irving, Kim Wark and Stewart Nuttall developed technology for rapid protein evolution that was spun out from the CRC to form EvoGenix Pty Ltd. Peter was the founder and principal scientific advisor for EvoGenix (2002-2006) which eventually merged with Absalus, listed on ASX (2005), fused with Peptech into Arana Ltd (2007), and was acquired by Cephalon Inc (2010) and then by Teva Pharmaceutical Industries Ltd (2012).  At EvoGenix’s zenith in 2007, over 30 scientists were employed at the CSIRO Parkville laboratories with a market valuation of $50 million. A number of EvoGenix’s therapeutic leads are currently undergoing clinical development at Teva. In a parallel development in 2007, a novel protein format invented by the CRC team led by Peter and Stewart Nuttall (VNAR/NCAM scaffolds) was spun out to form AdAlta Pty Ltd for the development of clinical applications.

Peter’s protein engineering team developed technology to reduce the size of antibodies to ‘Avibodies’ as small diabody fragments. Their primary application was in oncology, with the small diabodies enabling high penetration and residence at the site of tumours, ideal for radio-imaging or immunotoxin therapy. The group established a worldwide patent portfolio for this technology and in 2005 CSIRO assigned the IP to the spin-off company Avipep Pty Ltd. Supported by SciVentures Investments funding, Avipep Pty Ltd operated within the CSIRO Parkville laboratory with Peter as principal scientific advisor and Olan Dolezal and Fabio Turatti the primary scientists.

Peter’s final period at CSIRO was dual Theme Leader (2006-2008) in which he led the Theme for Neurodegenerative Disease and Mental Health (Preventative Health Flagship) and the Theme for NanoBioTechnology (CMHT Division).

Peter was successful in many capital raisings to support Avipep and VCB, primarily the Series B, C and D inputs of $1 million, $1.4 million and $3 million, together with CommReady, NCRIS, and VSA-IF grants in excess of $1million each (2008-2013). Peter also secured, as Principal Investigator, the Inaugural Wellcome Trust UK Strategic Translation Award (2011-2013) to an Australian company (over UK£500,000).

The Australian Imaging, Biomarker & Lifestyle Flagship Study of Ageing (AIBL) and the CRC for Mental Health

Peter collaborated for many years with Prof Colin Masters (University of Melbourne) for the development of antibodies against Alzheimer’s and PrP (Prion) diseases. This association facilitated Peter’s appointment to CSIRO Theme leader in Neuroscience (2006-2008) and to oversight the CSIRO cluster-funded Australian Imaging, Biomarker & Lifestyle Flagship Study of Ageing (AIBL) study into Alzheimer’s disease. Peter became Chair of the Commercialisation committee in AIBL (Alzheimer’s Cluster Study AUD$10million; 2008-2009) and secured a major strategic alliance with Pfizer Inc.

Peter is currently Director of VCB (the Victorian Cancer Biologics consortium) for the development of antibody products and is also CSO of Avipep Pty Ltd and Co-chair of HUPO-HAI (Human Proteomics Antibody Initiative).

Peter was appointed the inaugural Adjunct Professor in Biochemistry by La Trobe University in 1995. He is an inventor on over 20 biotechnology patents and a co-author of over 120 journal publications (including Nature, Nature Medicine, Nature Biotech and PNAS).

From 1988-1998 he was a member of GMAC, the Australian Federal Authority which regulated Genetic Manipulation (Recombinant DNA technology). Peter left GMAC when it was restructured under 1999 legislation to become the Office of the Gene Technology Regulator (OGTR).

Peter sits on many Editorial Boards (Journals) and is sought as an International reviewer on both grants and Institutional Science reviews, including the prestigious MRC Laboratory of Molecular Biology, Cambridge. He is frequently invited to deliver plenary lectures at International Institutes and Global Conventions.

He was Chairman of the four International AntibOZ conferences (2002/04/07/10) which attracted over 100 senior representatives from all of the major leading companies producing antibodies for clinical diagnostics and therapeutics (representing 30% of the US$60 billion per annum Biopharmaceutical Industry).  Companies represented included Abbott, Abgenix, Affitech, Alexion, Amgen, BD-Biosciences, CAT, CSL, Domantis, Dyax, EvoGenix, Genmab, ImClone, KaloBios, Medarex, Micromet, PanBio, Panorama, Peptech, Serenex, Viventia and Wyeth, with sponsorship of over $400,000 for each conference.

Peter is currently a member of the Health Technologies Forum of ATSE and has co-authored National Strategy reports on Nanotechnology and on Healthy Ageing on behalf of the National Academies. 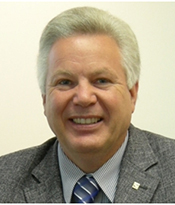