In 2014, in a major restructuring of CSIRO, the term Division was replaced by the term Flagship for the organization’s operating units and the title Chief replaced by the title Director. The Division of Materials Science and Engineering was renamed the Manufacturing flagship. In addition 34 staff from the former Division of Process Science and Engineering transferred to the Manufacturing flagship with the remainder forming the core of the Mineral Resources flagship. In 2015 the term Flagship was dropped by the Organization.
The histories of the divisions contributing to the Manufacturing business unit are summarised in the figure below with further details at the following links: 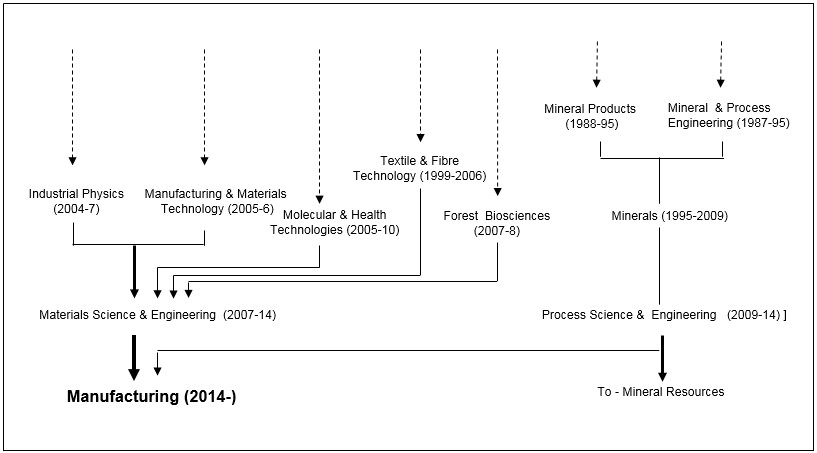 Previous post:
B – New Products, Processes and Systems
Coming up next:
Ngara – next-wave wireless technology that is optimising the wireless spectrum and helping connect more Australians in more places.