In 2014, in a major restructuring of CSIRO, the term Division was replaced by the term Flagship for the organization’s operating units and the title Chief replaced by the title Director. The Division of Process Science and Engineering was renamed Mineral Resources. As part of this restructuring 34 PSE staff transferred to the Manufacturing flagship, while 106 staff (32%) from the former Division of Earth Science and Resource Engineering and 11 staff from the former Division of Computational Informatics transferred to the Mineral Resources flagship. 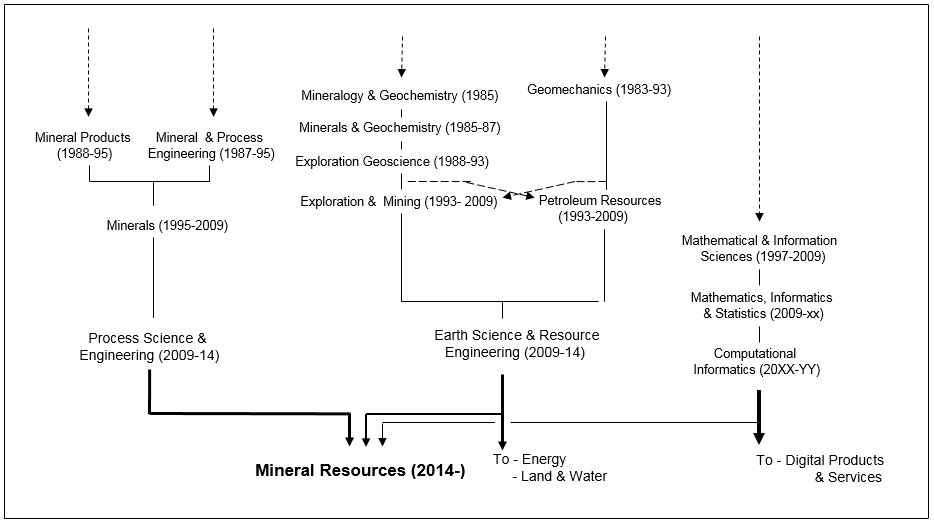