CSIR Ore Dressing Investigations was first established in 1934 with three laboratories at the Kalgoorlie School of Mines, the South Australian School of Mines and Industries, and the University of Melbourne. It survived the transition from CSIR to CSIRO in 1949. In February 1970 Ore Dressing Investigations was disbanded, part joining the Division of Chemical Engineering, while the majority was incorporated into the Division of Mineral Chemistry.

In 2014, in a major restructuring of CSIRO, the term Division was replaced by the term Flagship for the organization’s operating units and the title Chief replaced by the title Director. The Division of Process Science and Engineering was renamed Mineral Resources. As part of this restructuring 34 Process Science and Engineering staff were transferred to the Manufacturing flagship. 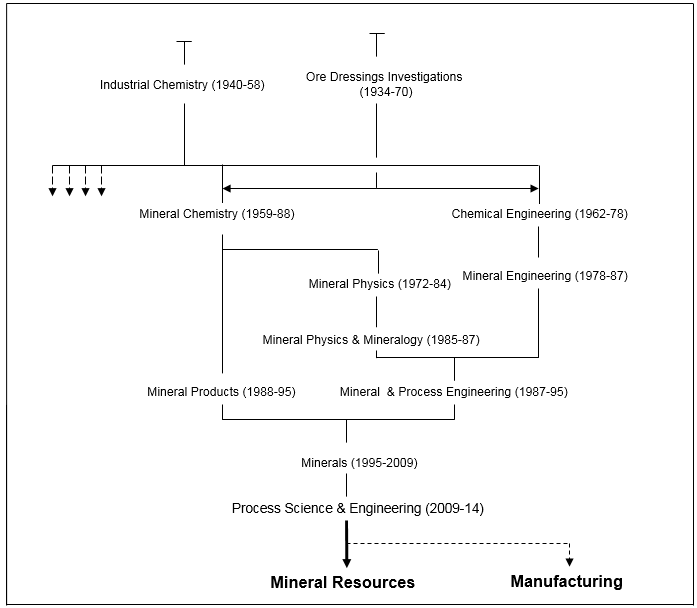