San Hoa Thang was born in Saigon, Vietnam on 28 August 1954. He completed his BSc in Chemistry (University of Saigon, Faculty of Science, Vietnam) in 1976, and held the position of Chemist (SINCO Sewing Machine Manufacturing Co., Ho Chi Minh City, Vietnam) from 1976 to 1979.

San Thang joined CSIRO in 1986 as a Research Fellow, and then moved to ICI Australia Research Group in late 1987 to undertake the challenge of industrial research in UV sunscreens and agrochemicals.

He re-joined CSIRO in late 1990 rising to the position of Senior Principal Research Scientist in 2000. From November 1999 to May 2000 he spent six months as a Visiting Scientist at EI DuPont Performance Coatings, Troy Laboratory, Michigan, USA.

In 2012 he was appointed Chief Research Scientist with the CSIRO Division of Materials Science and Engineering (CMSE), a position he held until 2014.

From 2014-2018 he was appointed ‘Distinguished Expert’ of the China Recruitment Program of Global Experts (1000 Plan), Beijing University of Chemical Technology (BUCT), China.

In 2015 he became as a Professor of Chemistry at Monash University.

In June 2018, Professor Thang was awarded the Companion of the Order of Australia for his “eminent service to science, and to higher education, particularly in the fields of polymer chemistry and materials science, through seminal contributions as a research innovator, as a mentor, and to the community.”

His research focus is primarily on the interface between organic and polymer chemistry. He is a leading expert in the field of free radical chemistry and polymer chemistry and has developed and held several key inventions in the area of controlled/living radical polymerisation. Significantly, he is a co-inventor of the living radical polymerisation by reversible addition-fragmentation chain transfer (the RAFT process).

Memberships of Organisations and Committees 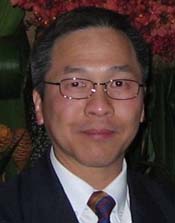