The Division of Computational Informatics was formed in 2013 by the merger of the Division of Mathematics, Informatics & Statistics and the ICT Centre. The divisional changes associated with the history of these two divisions are summarized in the figure below with further details at the following links: 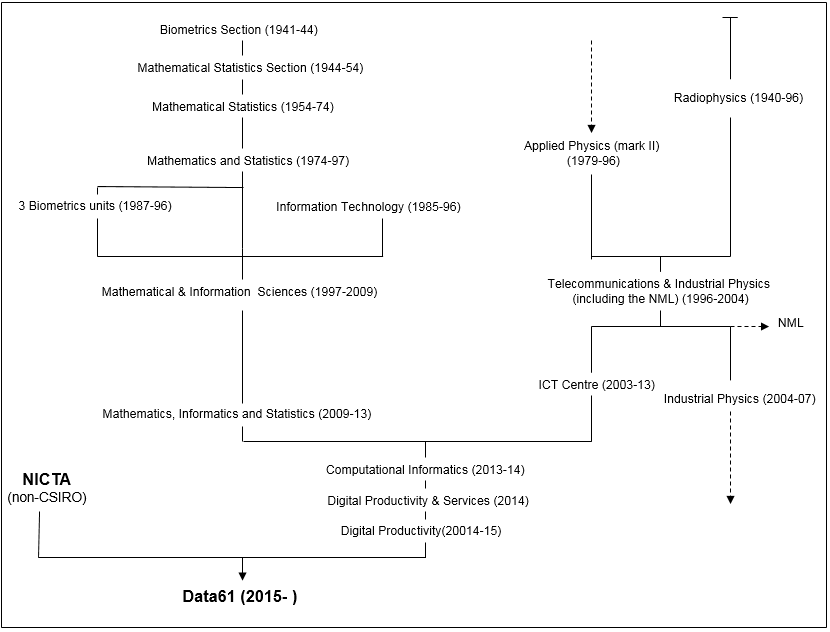